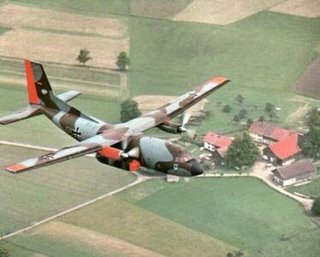 Having spent two days out in London, talking to anyone who would listen about the EU defence agenda, I return to read the current edition of DefenseNews. Reading one particular piece, I could not avoid a little snigger – I think they call it schadenfreude.

Anyhow, what gives rise to the amusement is that the German Air Force, which still rejoices in the title Luftwaffe, is so embarrassed by the limitations of its fleet of two-engined Transall military cargo aircraft – with an average age of 30 years - that it is looking to lease new aircraft to augment its capability.

Bear in mind, please, that the Germans are one of the launch customers for that sterling symbol of European aviation prowess, proposing to buy 60 Airbus A400Ms. These are the aircraft that the UK has also committed to buy, whence it will progressively phase out its US-built Lockheed Martin C-130 Hercules fleet. 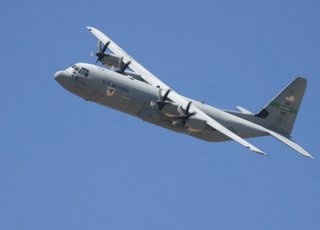 And the aircraft the Germans are considering? Er… Germany's defense chief has ordered the Air Force to study options for leasing a handful of Lockheed Martin C-130J airlifters.

Army Gen. Wolfgang Schneiderhan made the request to Lt. Gen. Klaus-Peter Stieglitz, Air Force chief, shortly after the parliamentary elections in September. The four-engine C-130s would augment the country's 86 two-engine C-160 Transalls, which have had difficulties crossing the Hindu Kush Mountains in Afghanistan while flying from Uzbekistan to Kabul and Kunduz, delaying the delivery of supplies, troops.

Even German Defence Minister Peter Struck has been embarrassed by the poor performance, and has began flying aboard foreign C-130s to visit troops.

Of course, the "colleagues" are a tad worried, with one official reporting that they fear the lease would delay the service entry of the Airbus A400M European transport aircraft and jeopardise other procurement programmes. Their concerns are strengthened by one parliamentary source in Berlin who is suggesting a long-term lease. Some Air Force officials fear that such a solution could potentially deviate existing program arrangements for the A400M.

However, reality is intruding. Another defence official in Berlin is saying that a lease would improve the Bundeswehr's ability to participate in military operations abroad. "The current fleet of C-160s just has too many limitations in terms of range, the capability to land on austere airfields, etc.," he says.

Lockheed Martin is, of course, delighted, and says it is "in discussions with several European countries with reference to the lease or acquisition of C-130Js." Of course, being American, they are far to polite to snigger. As for this Blog…