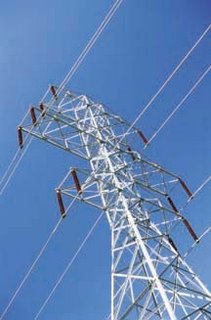 The EU is losing patience with (some) member states – notably Spain, Portugal, Greece and Ireland – over the so-called deregulation of the energy market. The commission is thus threatening legal action to stop, according to the International Herald Tribune "remnants of state energy monopolies from crippling competition in power markets around the EU".

The European antitrust commissioner, Neelie Kroes, said a new report "found evidence of serious malfunctions" in the Union energy market, declaring, "I am determined to use competition law to protect European industry and consumers," Kroes said.

The commission's report described a lethargic market where deregulation had so far largely failed. Millions of customers were still left without an alternative to the nationally established suppliers, often the successors of monopoly companies.
On this, the commission is positioning itself as the "consumers' champion", pointing out that in most member states, the three biggest companies have a share of more than three-quarters of the national electricity and natural gas markets, despite years of European legislation designed to open up the sector.

However, what is often termed the "liberalisation agenda" of the commission is much misunderstood, particularly by Conservative MEPs, who often laud this as one of the unalloyed benefits of the EU. But the real agenda is revealed by Barroso, who is promising that the commission "come forward with a new, truly European energy policy in 2006."

This is not liberalisation or privatisation in the Thatcherite mould, but something completely different. What the commission is after is, as Barosso reveals, the creation of a European energy market, where the individual utilities are detached from their national bases and recreated on a cross-border, European level, under the regulatory control of the commission.

In essence, therefore, energy “liberalisation” is a profoundly integrationalist measure, on the one hand forcing member states to become reliant on each other for energy supplies – the doctrine of "interdependence", which is at the heart of the Monnet method - while, on the other, giving the supreme control of the energy market to the supranational government – the commission in Brussels.

For those simple souls who actually believe that the commission's agenda is motivated by anything else, they need to be aware that they are labouring under false impressions, a serious case of mistaken identity.