Stacking up the air miles 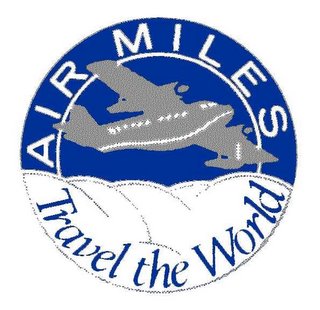 The great leader Blair is in for a busy week, embarking on – according to the Scotsman - "a frantic round of diplomacy in a last ditch bid to secure a deal from the EU budget." He is to hold talks with seven of the 10 EU accession countries in an attempt to win support for what are being called "British compromise proposals", prior to the European Council on 15-16 December.

Having already held talks with the Maltese premier last Saturday in Malta, and on Sunday night with Jose Luis Rodriguez Zapatero, Spain's prime minister, on the margins of an EU-Mediterranean summit in Barcelona. his next stop is Kiev. He will arrive Wednesday for an EU-Ukraine summit on Thursday and then fly to Tallinn for talks with the accession countries of Estonia, Latvia and Lithuania before flying on to Budapest for talks with Hungary, Poland, the Czech Republic and Slovakia.

As for the great "compromise", the Financial Times is reporting that Britain is to propose significant cuts to the budget, with some of the continent’s poorest countries losing aid. This, we are told, is "a move to help resolve the row over the UK's €5bn budget rebate."

Having already hacked off Chirac, this ploy seems to be calculated to upset just about every one of the new accession countries. Kazimierz Marcinkiewicz, Poland's new prime minister, is already expressing concern at losing part of the €60bn of net EU transfers it was expecting by 2013, while others may join the fray.

The idea is to cut €871bn from the budget proposal, releasing cash to allow the British presidency to cut the net payments of the Netherlands and Sweden. Crucially, the savings could be used to cushion the impact on the UK if, as expected, Blair agrees to negotiate away part of the rebate.

On the basis of his recent and forthcoming travels, however, Blair might resolve the issue rather more painlessly by the simple expedient of donating his air miles to the EU.