The EU's spies in the sky 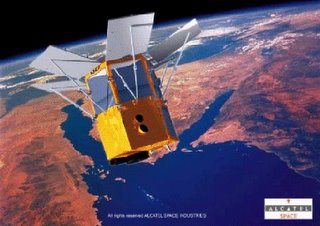 An extraordinary article in The Daily Telegraph today announced that the EU is "to build network of spy satellites".

The multi-billion-pound system is known as "Global Monitoring for Environment and Security" (GMES), on which the commission, with the European Space Agency, has already spent £154 million on preparatory work, and expects the whole project to cost £1.54 billion between 2006 and 2013.

But what makes the article so extraordinary is that this project was actually announced in March 2002 and its definitive structure was set out in a commission communication in February last year.

However, far be it for us to look a gift horse in the mouth. Anything which draws attention to the EU's plans in space is welcome, especially as the Telegraph piece, by David Rennie, tells us that this network of spy satellites will allow Brussels "to ensure nations and private individuals are obeying its policies."

Also of interest is that, while the system was originally intended to be up and running by 2008, the date has slipped to 2010, according to a commission spokesman, announcing the launch of a "pilot stage" for GMES. 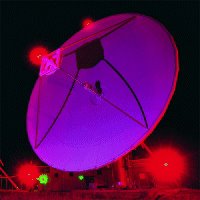 Predictably, as it has done with Galileo, the commission stressed its "user-friendly" application in guiding relief work after disasters or providing real time images of forest fires or oil spills. But, writes Rennie, “a commission memo” also acknowledged that GMES would play a key role in the "implementation, review and monitoring of EU policies", including watching for agriculture and fisheries fraud and boosting "internal security".

In addition, Rennie continues, officials hope GMES will support the EU's first steps towards becoming a military power. It will "provide authorities with necessary elements for a European Security and Defence Policy", the commission memo said.

That "memo" was the commission communication produced in 2004 (link above), but never mind – it is good to see this Blog's warnings in print in the MSM, especially as Rennie goes on to write that US politicians are already suspicious of Galileo project.

Curiously, there is nothing written of UK involvement in GMES but, as part of the EU and a member of the ESA, we will be funding the system, even though, traditionally, we have largely relied on US satellite data. Once again, therefore, the UK is piggy-in-the-middle, with yet another strand pulling it in the direction of Europe.