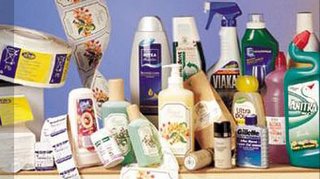 The really depressing thing about the REACH vote in the EU parliament yesterday is the waste of so much energy by so many people who, though basically well-intentioned, have done completely the wrong thing.

REACH, as readers will recall, is another of those clever little acronyms at which the EU regulators so excel, standing for Registration, Evaluation and Authorisation of Chemicals system. As the Telegraph puts it today, it will – if finally approved - force companies to test thousands of chemicals, many used in common household products like paint, cleaners, toys and furniture, for their effects on human health and the environment.

It has been described by Gunter Verheugen, the EU industry commissioner, as "possibly the most controversial and complex piece of legislation in European history" and it was yesterday that the EU parliament passed the law through the "first reading" procedure, having substantially amended it in is passage.

As it stood, the law applied to some 30,000 commercially produced chemicals formulated before 1981, requiring producers to demonstrate that they are "safe" for use before they can continue marketing them, but the MEPs, while accepting the principal of the legislation, have introduced lower requirements on chemicals produced in quantities of less than 10 tons a year. This means that the industry will not have to assess the harmfulness of up to 90 percent of 17,500 chemicals in that category.

Voting 407 to 155 for the amended legislation with 41 abstentions, the MEPs were applauded by their president, Josep Borrell, who said that the parliament had shown "that it lives up to its responsibilities and, as legislator, has responded to some of the fears of Europeans, ensuring competitive jobs together with a high level of protection of health and the environment."

In fact, it has achieved exactly the opposite - albeit is a less damaging form than was originally proposed – as the very idea of a regulatory regime for testing and authorising chemicals is fundamentally flawed.

Working with campaigners on the harm done to farmers by organophosphate sheep dips and other pesticides from the same group, I have seen first hand how the regulatory system – of the type now adopted in REACH - not only fails to protect vulnerable people but actually perpetuates their misery and prevents demonstrably harmful chemicals from being withdrawn.

The problem lies in the fallibility of the testing regime which, based on animal tests, can neither predict fully human reactions to chemicals nor in any way deal with the effects of low-level toxicity or the proportion of people who may be unduly susceptible to particular chemicals. Nor even can the testing regime deal with the effects of mixtures of chemicals which may be used in the same environment, which exhibit can exhibit significant synergistic effects.

A far better system would be that originally applying to food where anyone can market a product but must apply a duty of care – which includes predictive testing where appropriate. Ranged against the producer is the whole weight of the state - backed by a fully funded surveillance system and untainted by having given "prior approval" - which can prosecute those who get it wrong, and can assist victims in securing damages. The deterrent effect has ensured that our food supply has been largely the safest in the world.

By introducing a system which in many cases has failed to ensure pharmaceutical and pesticide safety, the MEPs have not, as Borrell claims, ensured high level of protection of health and the environment. They have, in fact, tilted the balance decisively against the consumer.

However, all is not lost – yet. Britain, as holder of the EU presidency, has decided that the Council will consider its position on the directive on 19 December. If it does not agree with the parliament's position, then the parliament will either have to change its stance, or the legislation will fall. It could be well into next year before we know the fate of this law.