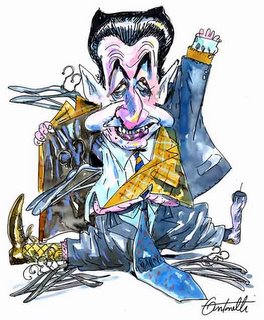 A great deal of excitement has been generated on the French blogosphere, both in English and in French. It seems that Nicolas Sarkozy, Minister of the Interior and President-in-Waiting-if-that-dastardly-Villepin-does-not-beat-him has become involved in a blog discussion with the Kassowitz, a cinéaste.

This, as our French colleagues point out, is going beyond the sort of silly self-promotion that the fragrant Margot is indulging in. This is the beginnings of a serious political debate. Will our politicians learn to to do the same?