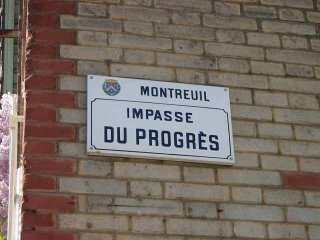 We covered it last night - the EU budget meeting in Brussels - when it was predicted that it would be a waste of time. And despite the burbling of the Today programme this morning, about what great things Jack Straw would do, that is precisely what it turned out to be – in spades.

But what is different this time is the candour with which the other member states are expressing themselves - none of your carefully crafted diplomacy here.

Little Straw was left bleating that the British position on the rebate was justified and Europe minister, Douglas Alexander, told the talks that the rebate was "an enduring British reality".

It is an odd thing that, for a "dead end" we use a French phrase that the French themselves don't use – cul de sac. They use the word impasse. And that is just what it is.