A loss of enthusiasm 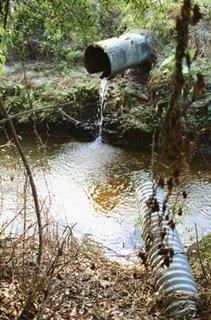 Few things are higher up on the list of benefits of the EU than its "achievements" in the field of the environment. But, it seems while member states are happy enough to laud the theory, it seems they are less happy with the practice.

That much is evident from the irritation of the EU commission, which has noted that it has been nine years since member states adopted the 1996 hugely complex Integrated Pollution Prevention Control (IPPC) Directive, yet many states are failing to adopt it. Infringement procedures are ongoing against eight Member States due to incorrect transposition.

Even those member states which have fully adopted the law are in trouble. Although they still have two years to ensure all factories, power stations and agri-business comply, such is the complexity of the Directive, requiring a bureaucratic layer of inspections, standards and approvals that it is unlikely that there systems will be in place throughout the Community by the deadline. Hence, there are rumblings from the upper echelons of the commission that its patience is wearing thin.

Meanwhile, that other great legislative leviathan, the proposed REACH Directive - is running into trouble. This week, the German Bundesrat called on the Federal Government not to accept the current proposals, arguing that the course and outcome of the consultation procedures in the EU had been unsatisfactory. The Bundesrat wanted the Directive to be simpler, more transparent and more cost effective.

The newly formed Federal government responded by asking Britain, in its role as the EU presidency, to delay a Council vote later this month. This was accepted and a new meeting is planned for the end of the year.

Environmental groups, however, are suspicious that Merkel's government will call for further changes to the draft Directive, not least because Germany is by far the biggest producer of chemicals in the EU, and companies such as BASF and Degussa have considerable political influence.

The next move, though, is a vote in the EU parliament this coming week, whence the EPP and the Socialists – the two largest groups in the parliament – will vote to water-down the directive, removing a large proportion of the 30,000 substances for which full registration and testing requirements.

When the EU parliament itself – one of the cheerleaders for EU environmental legislation – has cold feet, this is clear evidence of a certain loss of enthusiasm for the project.