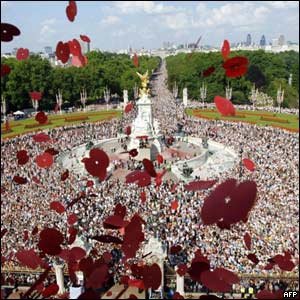 On the 11th hour of the 11th day of the 11th month 1918 the First World War came to an end (except in Russia where it had come to an end in March of that year). Since then the day has been used as a memorial to all those who have died in that and subsequent wars. Despite the fact that the ceremony itself has been moved to Sunday in Britain, for many people across the world (it is called Veterans’ Day in the United States) this is the day of remembrance.

By a strange coincidence I shall be in Bush House at that hour, recording my part in a programme about the EU and its history. (Yes, that’s right it will be in Russian, nasty, xenophobic, inward looking eurosceptic that I am.) And my theme? That it was the shock of the First World War and its immediate aftermath on the Continent that turned people’s minds seriously towards the idea of Union.

It may be special pleading but as my text I shall take “The Great Deception”, the only book, so far, that has traced the history of this pernicious organization to its sources.