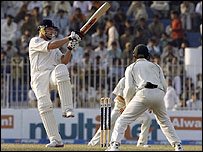 When I joined local government, some forty years ago, there was a worn patch of lino by my desk, scuffed by the generations of inspectors before me. When I suggested that we might replace the flooring, I was sternly reminded that it was ratepayers' money I wanted to spend. The floor was perfectly durable and would remain.

As for getting a protective overall, that was a story in itself. They weren't issued routinely as inspectors only observed - they didn't get "stuck in" – so normal clothing sufficed.

One day, however, the main sewer in the town surcharged, depositing its contents in the cellar of a local pub. That was put down as one of those things but, when the same thing happened a couple of weeks later, we had a very unhappy publican visiting us at the town hall.

I arranged for a site meeting with the water authority and, at the appointed time, two "suits" turned up. They blithely told us that the sewer was below capacity as there had been extra housing connected upstream. But never mind, they said, there was £500,000 in the budget (at lot of money then) to replace the sewer and works would start in a year's time.

My publican was not a happy bunny and he did not believe the suits either. The housing had been in about two years and we'd only just started having this problem. In a flash of inspiration, I asked if anyone had been down the sewer to see if there were any problems… blank stares.

No time like the present, I chirped and had my crew – which I just happened to have in attendance – lift the manhole cover. Down I went, and it was deep, about 50 feet. Lacking an overall, I too was in my suit, but what the heck.

In the narrow confines of the chamber, I had to contort myself to look up the barrel of the sewer, a nine inch main, and could just discern the shape of an obstruction. The next day, I got my crew down there and, believe it or not, they extracted a railway sleeper from the pipe. They had to cut it in sections to remove it and, to this day, we never worked out how it got there. The sewer ran free and the enlargement scheme was quietly forgotten.

Anyhow, on the day, there is me, a tad soiled and somewhat odiferous. In something of a mood, I jumped in the car and went straight off to the boss's office, storming in on his meeting with the committee chairman. Either I get an overall or you lose an inspector, I told him, dripping the evidence of why I needed one on his carpet.

By the time I got back to the office, after a shower and change of clothing, sitting on my desk, alongside the worn lino, was a pristine overall and – joy – a shiny pair of wellies.

But that was forty years ago, when we had councillors who could pop in at any moment and demand to know what we were doing - we never spent a penny until we had to. The same mindset went for civil servants, with HM Treasury suitably parsimonious, but not any more.

According to the BBC website, Ministry of Defence officials have spent £348,000 on flat screen televisions for their newly refurbished London office. The 134 state-of-the-art TVs cost £2,597 each, and despite outraged denials, their main use is to watch cricket – or so claims Lib Dem MP Norman Lamb, who says he was told they were great for watching Test Matches.

Myself, I reckon "Tellytubbies" is more their style, although my colleague thinks that programme is probably too intellectually demanding for MoD officials.

Mr Lamb, says that although it was "only a little example" it "smacked of central office profligacy" and was "symptomatic of the attitude" of government departments towards costs. But it is also symptomatic of "arrogance of office" - civil servants who know they cannot be brought to book and have now become our masters.