A grave and important development 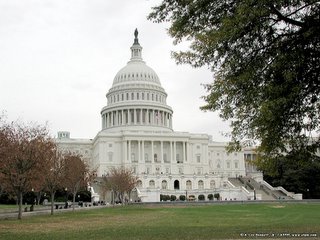 Congratulations are due to the Financial Times for behaving like a grown-up newspaper, leading as they do today on the story about the UK being denied the waiver on US arms technology.

This is the ITAR (International Trade in Arms Regulations) controversy which we first broached on this Blog in October 2004 - amazingly over a year ago – and which has largely been ignored by our own infantile media – despite the fundamental strategic importance of the issue to our nation.

Then, over a year ago, the UK was looking to a relaxation of the regulations, by way of a “waiver”, which would have eased the cumbersome bureaucratic control on the transfer of technology. But, while Bush was disposed to grant it, two powerful Senators, Rep. Duncan Hunter, R-Calif., chairman of the House Armed Services Committee, and Rep. Henry Hyde, R-Ill., chairman of the House International Relations Committee, mounted a successful campaign to prevent the president giving way.

Since then, there have been a succession of UK officials wending their way to the Hill, in an attempt to resuscitate the "waiver", and even direct intervention by Geoff Hoon, then UK defence minister, and by Blair. But, as the FT now reports, the UK looks set to lose what has been a five-year battle on the waiver, having been told by Bush administration officials that political opposition on the Hill technologies has become insurmountable.

The central figure in the blockage all along has been Henry Hyde, and his concern, as it has always been, is the leakage of technology from the UK to our European “partners” and thence to China and other potentially hostile powers. Currently, he cites the UK’s refusal to strengthen its own laws on transferring military technologies to third countries. He will know, however, the of the Framework Agreement with European nations, signed by Geoff Hoon in 2000, which prevents the UK doing just that.

To Hyde, this lack of specific laws that prevent transfers of military technology to third countries has been a particular problem. With the open UK defence market, which has big representation from military contractors based in places such as Paris and Munich, Hyde has warned that technologies transferred to Britain may find their ways to capitals less friendly to US interests. And, in a blistering report prepared by Hyde's committee last year, he lashed out at Britain's refusal to address the third-party loophole, calling it "not only disappointing, but potentially highly prejudicial to US interests around the world".

His views have also been coloured by Britain's push to lift the European Union's arms embargo on China and has been an outspoken critic of the EU's move, and Britain's support for removing the ban. 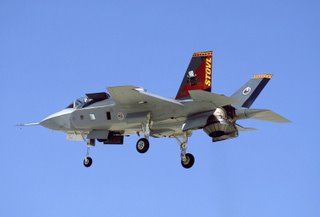 In more immediate practical terms, this could have a significant impact on the STOVL version of the joint Anglo-US F-35 Joint Strike Fighter project, as we pointed out last July, and its implications for the carrier project. We cannot help but wonder whether John Reid’s enthusiasm for the "voluntary" code of practice on European arms procurement, which was formally agreed on Monday in Brussels, is in some way related to this whole issue.

Either way, today's news from the FT is a grave and important development. It is a pity that the rest of the media is not sufficiently grown-up to report on the implications.