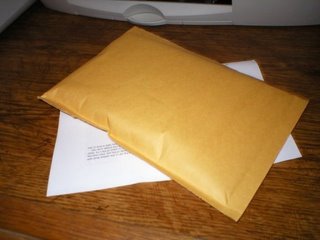 I confidently asserted yesterday that the mainstream media would take no notice whatsoever of the decision by defence ministers of the EU member states to adopt a "voluntary" code of practice on European arms procurement.

In one particular respect, I was wrong. The Times, at least, has run an article, albeit a tiny, down-page affair, which announces: "Europe to open up arms trade".

Written by the paper's EU correspondent Anthony Browne, however, the paper need not have bothered. If it is the duty of the media to inform, then Browne's piece was a parody of journalism.

True, he gets the basics right – but then he could have picked those up from any agency report – that “European” defence ministers have agreed to open up Europe’s €30 billion (£21 billion) annual military equipment market. Browne reports that this is "a big step towards the EU's desire to become a military superpower", which is highly debatable, given that all member states bar France and the UK are cutting back heavily on defence spending.

But the most tendentious comment from Browne is that: "The move will create a potential bonanza for British defence companies, which are among the most efficient in the continent, giving them far greater access to the European market." He goes on to write: "John Reid, the Defence Secretary, brokered an agreement with his counterparts to stop protecting national defence industries, in an attempt to boost Europe’s military capacity by creating a continent-wide defence industry."

In terms of reporting, this is utter garbage. The very history of the project tells us that when EU markets are "opened up", the invariable result is that the UK lifts its restrictions while the "colleagues" maintain theirs and the flow of goods is one-way.

Given the extraordinary flow of military spending on European supplies – well recorded by this Blog – any so-called "liberalisation" can only be expected to increase the amount of European equipment purchased by the MoD, with very little in the way of reciprocal spending by our "partners".

Nor is the spending solely determined by political imperatives. As I has hoped when we started taking a very public interest in defence procurement, people are starting to come out of the woodwork.

Recently, I received a comprehensive dossier on bribery and corruption relating to the purchase by the MoD of defence equipment from a European company, in preference to one of our own, on the basis of very large sums of “brown envelope” cash changing hands.

Corruption is nothing new in the MoD, although it seems one part of the defence integration process is to import some of the less desirable “European values”, those which are practised so freely in the EU commission and French political circles. I will have more to write about this in due course.