Then there were three 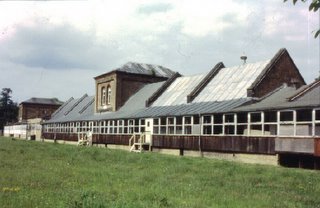 It was on 1 November that we broke the story that BAE Systems was to close two former Royal Ordnance factories, one in Bridgwater, Somerset, the other in Chorley, Lancs, respectively the last UK manufacturer of military explosives and of “initiators”, the explosive charges used for igniting small-arms ammunition.

Apart from Christopher Booker, in The Sunday Telegraph, however, no national newspaper has picked up the story, and it has been left entirely to the specialist journals to fill in the details.

One such is this week's edition of DefenseNews which devotes the best part of a page to the story, under the headline, "No Boom in British Munitions", adding the strap "BAE's Move to Imports Leaves Just Three Domestic Plants". 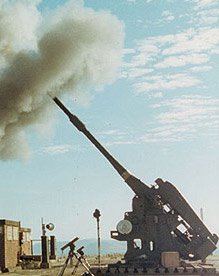 And there we have the issue in a nutshell. When the government-owned factories were privatised in 1984, to become Royal Ordnance PLC, there were 37 factories in operation, ensuring Britain was entirely self-sufficient ammunition and explosives manufacture.

In April 1987, though, the business was acquired by BAE Systems in April 1987 for the knock-down price of £190 million, whence the company has been steadily closing down plants and moving production abroad, slowly withdrawing from a business that can trace its history back to the creation of the Royal Gunpowder Factory at Waltham Abbey in 1560 (with buildings remaining on the site until recently – illustrated above left. )

In August of this year, we pointed out how this steady disposal of assets was leaving us as a nation dangerously vulnerable, not least because we no longer have a domestic capability to manufacture the Army's assault rifles, and it is precisely this issue that DefenceNews picks up. 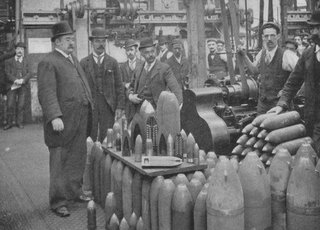 Ending production at the Bridgwater and Chorley sites, says the journal, means the Ministry of Defence’s only local ammunition supplier will depend on imports for the bulk of its key raw materials. From its heyday, BAE's munitions activities in Britain will be reduced to a rump operation comprising a medium- and large-caliber ammunition-filling facility at Glascoed, a small arms ammunition plant at Radway Green and a shell casing foundry at Birtley.

The contraction of the Royal Ordnance business has come despite the 1999 “Framework Partnering Agreement” between BAE and the MoD, where BAE undertook to supply the Army's ammunitions needs against a guaranteed minimum level of orders for 10 years. BAE has fulfilled its orders increasingly by importing materials, which last year totalled £20 million against only £1 million pounds in 2000

BAE is justifying its closure of the Bridgwater plant, saying production is only running at about 400 tons a year, against a plant capacity of 7,000 tons a year, and it has been losing money for years. It also claims that it has not decided where it will find a source for the materials, suggesting that it may buy from the US.

However, on both counts, the company seems to be economical with the truth, as it has not revealed its tie-up with the French state-owned Societe Nationale des Poudres et Explosifs (SNPE). Nor has it mentioned its partnership with the French owned GIAT to produce the guns using the innovative "case telescoped ammunition" for the next generation of armoured vehicles – ammunition which will be manufactured in France.

DefenseNews also confirms that Bridgwater also supplies strategic material for Britain’s nuclear warhead program and a BAE spokesman said the “Atomic Weapons Establishment had contracted the company to manufacture a strategic stockpile of critical materials to support their long-term requirements.”

Where we are going to obtain these material is not yet clear, but we are already dangerously reliant on imports. Previous closures of the Bishopton propellant factory and Blackburn fuse plant saw the bulk of production replaced by imports from Germany. BAE imports propellants from Nitrochemie under a long-term partnership and fuses are supplied by Junghans.

Thus, with the latest closures, the bulk of four key ingredients for munitions manufacture will be imported to Glascoed for assembly into finished products, which has had Gerald Howarth, the Conservative Party’s shadow defense minister stating that "Security of supply is the critical issue here… We do not want to face a situation where UK forces are hobbled".

However, currently being undertaken by the MoD is a review of the Defence Industry Strategy (DIS), which is due to be completed by mid-December, when the list of materials which should be manufactured locally will be announced.

Pre-empting this review, however, the MoD has already indicated that the BAE closures fall outside the list of manufacturing capabilities it wishes to keep. A spokesman recently that although it was purely a commercial decision by BAE, the “decision was taken in the context of the sustainment strategy for munitions, which is part of the DIS.”

As we remarked earlier, this is utter madness but, what is doubly terrifying is that the media in general seems unable to grasp the importance of this issue, a situation where, at a critical time, the British Army could find itself unable to fight through ammunition supplies being withheld.