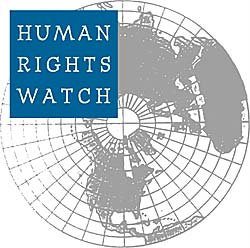 It is, in a sense, appropriate that the World Summit on the Information Society (WSIS) should have taken place in Tunisia, a country with a particularly bad human rights record when it comes to journalists and, indeed, users of the net.

As this blog has reported, the agreement has left control of the domain distribution in the hands of ICANN but has also charged the UN with setting up a forum that will, as the EU and others hope, eventually take over.

The aim of this Summit and, indeed, of the attempted power grab was supposed to be to overcome the digital divide between rich developed countries and others. But the digital divide, as we know, is between countries where people can use the internet freely and those where the government controls its use and punishes those who try to step outside that control. By a strange coincidence the impetus to move control of the internet from the USA to the UN came from the latter governments and has been, shamefully, supported by the EU, which speaks on Britain’s behalf.

According to the ISN Security Watch:

“The New York-based Human Rights Watch has accused the Tunisian government of detaining critical online writers and blocking websites that publish reports of human rights abuses in the country.

The group stressed that Tunisia had made some progress in increasing access to the internet over the past few years, lifting bans on some websites, but that it continued to flout its national and international legal commitments to free expression, the right to access information, and the right to privacy by censoring the internet. The group said the government was still imprisoning
writers for expressing their views online, and imposing undue regulations on its Internet Service Providers (ISPs) and internet cafés.”

Entirely the right country in which the discussion about the digital divide should be taking place.

Interestingly, the Summit was opened by the President of Switzerland, who made the following apposite comments:

“It is, quite frankly, unacceptable for the United Nations to continue to include among its members states which imprison citizens for the sole reason that they have criticized their government on the Internet or in the media.”

How sad. Because, of course, we have to accept that state of affairs and it is that very United Nations that is claiming the right to take over and run the internet (as well as, if not better than the way they ran the oil-for-food programme).

While this was going on, the Tunisian police prevented a meeting of the Tunisian Civil Society summit and its spokesman’s attempt to describe the situation to ISN Security Watch by telephone was interrupted.

There have been other incidents of attacks on journalists both Tunisian and foreign, whenever stories appeared about the human rights situation.

“Tests conducted between 2.30pm and 4.30pm using the 3S Global Net ISP found that the French and Arabic press releases for Human Rights Watch’s latest report on internet freedom in the Middle East were also blocked in Tunis.

The results were consistent with the blocking behaviour exhibited in previous tests documented in a Human Rights Watch’s report.”

These are the people who are demanding that the terrible American “control” of the internet should cease and they are the ones with whom we, in Europe, line ourselves up.