Half a million up… 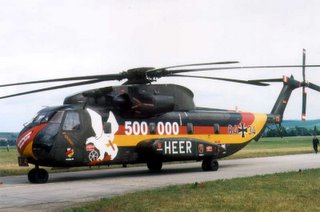 Today, we reach an important milestone in the life of this Blog, our first half-million hits since we started on Thursday 22 April 2004. Having posted over 3,000 articles since then, we thank our readers from around the world for visiting the site and for commenting on our posts – especially our 168 forum members who take their savaging in such good heart.

That said, the average daily hit rate in the nineteen months of our existence is less than a thousand per day, representing considerably fewer actual readers. And even though we did manage to peak at nearly 5,000 hits on the day, at the time of the Dutch referendum in June, we now stumble on at an average daily rate during the week of about 1300.

Measured in crude terms, against the circulation of the mainstream media and the political magazines such as the Spectator, that is truly a pathetic performance. Even with the syndication to the Bruges Group and the "No Campaign" website, and e-mail distribution of some of our posts, it is a circulation that does not merit the prodigious amount of hard work that I and my co-editor, Dr Helen Szamuely, put into the writing.

This is not a reflection of the content. Both Helen and I are published authors and write frequently for paid journals – not least my piece in The Business yesterday. We know that our material is good quality, and appreciate those of our readers who write to us, telling us so.

Given that we are one of the more successful sites, what this demonstrates is that, while blogging has come of age in the United States – with some of the political sites taking over half a million hits a day – it is a phenomenon that has yet to make its mark in the United Kingdom, especially so as more than 40 percent of our hits come from the United States.

That we are so often behind the United States in various trends, yet often follow, is some small consolation to us. We anticipate that, as blogging catches on here, our hit rate will climb accordingly. As my co-editor often remarks, we are in this for the long term.

However, in watching the glacial climb of the daily average – and it is rising, following the dip after the French and Dutch referendums - we have learned something of our readership and what we have found remarkable is as much who does not visit the site as who does. While many journalists visit us, notably absent are politicians and their research assistants in both Westminster and the EU parliament. But especially absent are the bulk of people who call themselves activists in the Eurosceptic movement.

The absence of the latter category is especially interesting as, in starting out the blog, we thought a diet of news and informed comment from two experts in the field would be of special interest to activists. In presuming this, however, we were wrong. It is a measure of the failure of the Eurosceptic movement that it is actually largely uninterested in the European Union and its machinations, or issues relating to it. Many of its members are often so self-obsessed that the epithet "little Englander" is quite correctly applied to them. 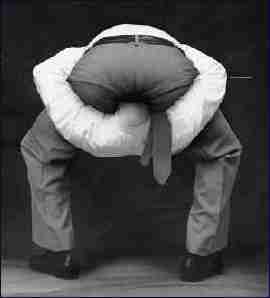 To an extent, though, we have not set out to court this group, and will not pander to their prejudices – we have enough of our own. And, in other instances, we have quite deliberately set out to antagonise groups that might be thought to be our natural allies, such as the new Open Europe group. But we maintain our stance that the EU "reformers" are probably more harmful to the cause than the out and out Europhiles, in diluting the message that the construct is unreformable.

For others, our robust commentary is not to their taste, or they find our "line" offensive or so profoundly disagree with us that they cannot read us. Thus, it is a small but select band that regularly visits our site. We would be less than honest if we said other than we would prefer it to be larger but, despite that, we intend to retain our fiercely independent and individual styles, calling it as we see it. And, if even as co-editors, we do not always agree amongst ourselves, we do not expect our readers always to agree with us.

So, here we are, 500,000-up, and I even managed to find a picture of a "toy" to celebrate the event. With modest growth, we should make the million-mark about this time next year, if we are still around. That, dear readers – all else being equal – is up to you. As long as we see steady growth in the readership, we judge that our writing is worth the effort. On the other hand, in the free market for information that is the internet, if there is no demand for our product, then we will let market forces take their course.

You can decide whether the blog survives, by talking about it and promoting it, and encouraging others to visit. Or you can allow it to slide to the obscurity of a decent burial. Over to you.