Be careful what you wish for 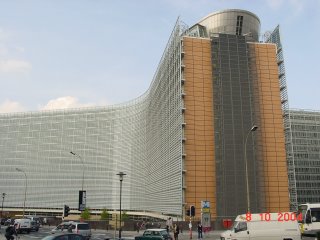 So, for the eleventh year, the EU's Court of Auditors has refused to sign off the accounts. That much was revealed by ECA president Hubert Weber at the EU parliament in Strasbourg yesterday, leading to a predictable chorus of disapproval, not least from the Conservatives and UKIP, which denounces "The EU's Fairytale Accounts".

However, while your average Eurosceptic may be crowing at yet another example of the EU’s ineptitude, not everything is quite as straightforward as it seems. Several reports, not least in Eupolitix and The Independent point up that because about 80 percent of EU spending is conducted by national and regional authorities and it is in these areas that the greatest concern is expressed by the Court.

Says Weber, "The supervisory and control systems are not yet implemented and operating effectively and payments are still affected by errors," adding that agricultural spending was particularly error-strewn. Far from directing his ire at the commission, therefore, Weber was particularly critical of the national authorities, stating that "The improvement in systems and controls at the level of the commission has not been reflected in those within the member states."

Even the triumphant Conservative MEP James Elles is warning that the member states must face up to their responsibility to ensure euro-funds channelled through them were better accounted for. He is echoes by Chris Davies, leader of the British Liberal Democrat MEPs, who declares that: "The finger of blame should be pointed towards Gordon Brown and his fellow finance ministers who have refused to accept responsibility for the money spent by their own administrations.”

As for the commission, in its classic, gruesome Euro-speak, it is telling us that it has:

…proposed to the other institutions a roadmap to an integrated control framework, which will provide the Commission and its stakeholders with a reinforced assurance as to the legal and regular use of EU monies, including under shared management with Member States. The Commission has undertaken an analysis of the gaps between its existing internal control framework and that advocated by the Court of Auditors in its opinion 2/2004 on the "single audit" model and a proposal for a Community internal control framework. The gap analysis has been discussed by an expert panel with representatives from all Member States in September 2005, and is being jointly examined by Commission services and the auditors.

Cutting to the chase, this simply means more power to the commission to vet member state accounts, an inevitable consequence of a supranational system where the central government – in this case the commission – is disbursing funds to its subordinate tiers.

Never mind the overt fraud and maladministration in the commission itself, the responsibility for the bulk of the funds that are not properly accounted for does lie with the member states. To cure that, the commission needs more power. Those who want more accountability, therefore, had better be careful what they wish for.

The alternative, of course, is to get rid of the EU budget altogether, and have member states paying their own way, with their governments accountable to their own parliaments. Now, that would be a refreshing change.