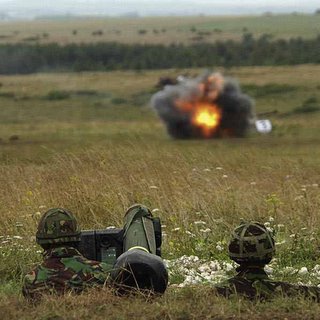 It is rather fitting that the National Audit Office "Major Projects Report 2005", published today, should have on its front cover a large colour photograph of a Javelin missile blowing up a tank.

In a report, pre-empted by Lord Drayson in a "puff" published by The Telegraph TEXT on Wednesday, the MoD is applauded for getting a “grip on spiralling costs”, with the over-all forecast cost on the 20 biggest defence projects falling by £699m in the year to 31 March.

One of the examples of this new-found "grip" is the very Javelin missile, which is featured at length in the report and merits two further large colour photographs. In July 2005, according to the NAO, the Light Forces Anti-Tank Guided Weapon also known as Javelin entered service with the Army some four months before the expected delivery date of November 2005 approved at Main Gate. Training was completed before the in-service date was declared and the equipment is fully operational.

All this sounds ever so good, but for the fact that its introduction represents the ultimate failure of European defence manufacturing and a massive waste of money by the MoD. Thus, as we pointed out in August, the “success” of the MoD on this missile is simply an example of New Labour and its "spin" machine – and the NAO has fallen for it, hook line and sinker.

The Javelin is in fact a US-designed weapon, produced by Raytheon/Lockheed Martin, first issued to US forces in 1996 but ordered for the British Army only in January 2003, to replace the 20-year-old Milan missile. It was not the MoD's first choice of weapons system, as the preferred weapon was the Euromissile MR Trigat.

However, by June 1999, substantial delays had been experienced in the missile development. The UK had become dangerously exposed as existing stocks of the Milan missile were running down, the government was forced by July 2000 to withdraw from the project, writing off £109,314,000 in development costs, then to buy the off-the-shelf US system – which, in any event, had better performance than the proposed MR Trigat. 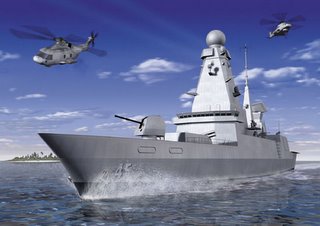 But equal sleight of hand is being deployed with other projects. We are told that the MoD has "saved" £145 million on the Type 45 destroyers, albeit at the cost of "reduced capabilities", which is regarded as reflecting "greater realism on the part of the acquisition community." Those "reduced capabilities" are the omission of the sonar suites from the new destroyers, which means the ships have no anti-submarine capability.

Yet, as we reported, also in August, we are spending £1 billion per ship, to include the French-made PAAMS missile system, while the Australians are buying the US-equivalent Arleigh Burke DDG-51 class – which they are building in their own yards – for a "mere" £600 million each.

Worse still, while the Type 45s are restricted to anti-aircraft warfare only – which makes them virtually redundant if there is no air threat – the DG51s can be armed with ASROC anti-submarine missiles or with Tomahawk cruise missiles for land attack. In other words, we are buying less for more and, because we are reducing capabilities still further, this is regarded as a success.

Then there is the European Meteor air-to-air missile intended to equip the Eurofighter, on which the government is "saving" – i.e., not spending - £151 million by reducing the number of missiles it will but. But, once more in August (that was a busy month) we reported that the US equivalent Raytheon missile was available as a package for £500 million and, instead, the MoD had opted for Meteor at a cost of £1.1 billion, now increased to £1.4 billion. Thus, saving £151 million on an overspend of £900 million is regarded as a success. 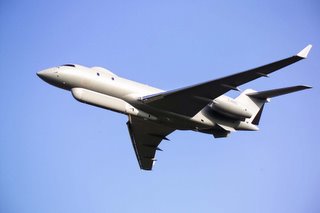 There are other savings as well – for instance, the MoD has cut £1.4 million from the ASTOR (Airborne Strand-off Radar) system, but only by not incorporating the originally specified flight refuelling system, which drastically limits range and endurance. Another £1.8 million is saved on the truck fleets, by buying MAN trucks, but again that has a price. The vehicles are unable to meet defence planning assumptions and are not equipped for all climatic conditions.

Effectively, failures are being dressed up and paraded as successes and, not only has the NAO swallowed it, so has today’s Daily Telegraph which dutifully reports: "MoD cuts equipment orders to save £700m", without one hint of criticism.

Of course, there is always the Conservative Party but one somehow doubts whether the current defence team will make a fuss. By such neglect does our current government get away with it.