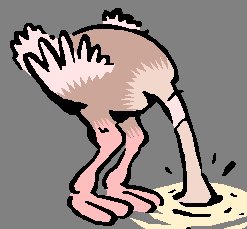 The "think tank" which calls itself "Open Europe" has laboured mightily and produced a report on EU regulation.

However, the report starts with an introduction from Sir John Egan, past president of the CBI, who welcomes Barroso's recent promise to build a "bonfire of regulations", but then notes that, "so far we seem to have seen a lot of smoke but little fire."

Despite Barroso's good intentions, the EU's production of new regulations is actually increasing at an alarming rate. Of the 22,000 pieces of legislation on the EU statute book, about 12,000 have been introduced in the eight years since 1997, compared to 10,000 during the forty years from 1957 to 1997. Thus, concludes Egan, "Look closely at what the European Commission's 'war on red tape' really means and the sad answer is: not very much," then citing Le Figaro's description of the current deregulation initiative as "largely cosmetic".

Much more of this is found in the body of the report, painting a comprehensive picture of the failure of deregulation at the EU level. But, instead of drawing the obvious conclusion – that deregulation in the EU is simply a non-starter – the Open Europe wonks simply come up with four wonderful ideas for reducing red tape.

First, they want the EU to abandon the idea of "better" regulation and focus on less regulation. Then, the EU should adopt the Dutch deregulation system, conducting a proper economic audit of the whole body of existing legislation, following a Dutch target of reducing administrative costs by 25 percent.

Third, they write, MPs at Westminster need far greater powers to raise the alarm about upcoming EU regulations at an early stage. The current EU scrutiny committee is seriously under-powered to deal with the flood of EU legislation. Finally, they want it made compulsory for the EU to carry out proper Regulatory Impact Assessments before legislating.

One need not waste time evaluating all these proposals as they fall at the first hurdle. Given the very evidence that the unit itself offers, the chances of the EU adopting a policy of "less regulation" is precisely nil.

This is not just because the commission is fundamentally incapable of carrying out such a programme, it is also because regulation - in the context of the Monnet method – is the primary tool of economic integration, from which political integration is intended to follow. Thus, the primary purpose of the commission is to create regulation and to ask it to do less is like asking for less sex in a brothel.

Thus, while one would like to applaud the work of Open Europe, all one sees is this mind-sapping head in-the-sand attitude, leaving us to ask, what does it take for them to see the blindingly obvious?