A narrative for the future 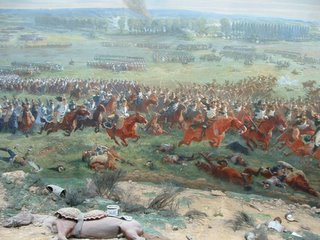 Yesterday’s Bruges Group conference ended with a session I chaired (with ferocious discipline, even though I say so myself) with two speakers: my colleague Dr Richard North (no, we did not plan this) and the redoubtable Ruth Lea, Director of the Centre for Policy Research.

My colleague has already mentioned the event but I want to tackle the subject from a slightly different perspective.

There was not a great deal of disagreement between the two in that both spoke of the need for this country to leave the EU and both mentioned without going into too much detail several alternative scenarios. Where there was a divergence was between Ms Lea’s sunny political optimism and Dr North’s rather more difficult discussion of the practical problems that will need to be overcome for this country to start functioning again as an independent entity. Not that they cannot be overcome but there seems little point in pretending that they do not or will not exist.

One interesting point that came up, though it was not really discussed either in that session or a previous one when Dan Hannan had touched on it: what kind of a country do we want to live in. Mr Hannan is a member of the Direct Democracy group in the Conservative Party and is very keen on local accountability – a view with which this blog sympathizes a great deal.

During questions Mr Hannan repeated several times that reforms to make government accountable will have to be introduced in this country as well. (In fact, his comments on the police, particularly the Met, would not have pleased several of our readers and members of the forum.)

This is a subject we have discussed on this blog several times and intend to do so again and again in the future: freedom, democracy, accountability are issues that will not simply go away if and when we are out of the European Union. The infamous European model has eaten into our social structure.

Dr North put this slightly differently: we need to work out what kind of a country we are and want to be. I would go even further: we need to find a new historical narrative that links the past with the future.

That means that we cannot simply go back to some nebulous past entity. In the first place, one can never go back. Nothing is the same, the world has changed and what seemed right for this country fifty or seventy years ago, cannot be so any more. (And that assumes that what people imagine was true for that period was, indeed, so – an unlikely proposition.)

Secondly we started from that situation to get to what we have now. So, even if we could, we probably would not want to go back there, for fear of ending up with exactly the same or, even, worse result.

Interestingly enough, this discussion is going on in other countries, particularly among people who are developing the Anglosphere idea. The Anglosphere is not the old Commonwealth writ large or writ any way. It is a narrative that is being developed for the future, linking many past ones, one of which was the Commonwealth.

A recent posting on Albion’s Seedling by Lexington Green deals with precisely that issue and raises some important points that need to be discussed. I can, at this stage, do no better than direct those of our readers who are interested in the subject to Lex’s words. The project, of course, is to be continued.