Why don't they just go away? 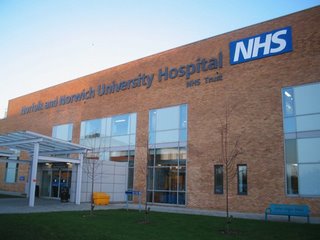 You can tell it's September. The EU commissioners are back from the long hols and the EU news agenda is stirring back into life. And, like attention-seeking children, the commissioners feel they must have something on the slate to prove they still exist.

One seeking to grab the limelight is Markos Kyprianou, the EU health commissioner who has told the Financial Times that "Europe's" public healthcare systems must brace for radical change as barriers to patients crossing borders to seek treatment drop. Kyprianou is saying that he intends to act to implement the right of patients to travel for treatment across the EU, in the wake of recent court judgements.

This relates to a European Union Court of Justice (ECJ) ruling in May last which supported 74-year-old grandmother, Yvonne Watts, in her claim for free treatment in France after her own health care trust had placed her on a one-year waiting list for surgery.

But this is not the only case. Others include the B.S.M. Geraets-Smits v Stichting Ziekenfonds judgement in July 2001, which accepted that a system of prior authorisation, before patients could seek treatment abroad, was justified, if there were overriding reasons connected with "the financial balance of social security systems" and "the maintenance of hospital services available to all", provided such restrictions were not applied arbitrarily.

As we pointed out at the time, the EU is stretching the boundaries of the Treaties, all in a back-door attempt to create a European health service. The overall objective, though, is the same old thing – pursuing European integration by creating systems and service structures on an EU-wide level.

As we also noted, this initiative presents a serious challenge to eurosceptics. Most would welcome a weakening of state control over health services and wider patient choice, but it is uncomfortable to find that the impetus for "liberalisation" comes from the European Union.

But, as we all know, the EU has no real interest in the functioning of health care services – all it is interested in is having them at a European level. And, given its disastrous management of the Common Agricultural Policy, the Common Fisheries Policy and, latterly, its flawed rules on waste recycling, the only thing you can guarantee is that, however bad the current National Health Service is, under EU direction it would be even worse.

The temptation, therefore, is simply to say "no way Hosé" – or José, since the commission president bears that moniker – and to ignore the issue in the hope that it will go away, just as the Conservative Party and the media do.

But that is not a safe option. The commission niggles away at its pet projects, coming back again and again, never - as we saw with the constitution - able to take "no" for an answer. Even if they are defeated again and again, they still come back, wearing you down with their persistence until, eventually, they get their way.

But there are more important things than the EU's integrationalist ambitions – from the disaster in Darfur to the collapse of democratic government in our own country. Having to deal with the EU is a distraction, an irritation and a colossal drain on energy and resources that could and should be better expended elsewhere.

However, if you don't pay attention to the children, they will eventually wreck the joint – so we have to wade in and deal with them, even if it is just to slap them down. All the same though, we can do without this and not for the first time we find ourselves saying, "Why don't they just go away?"