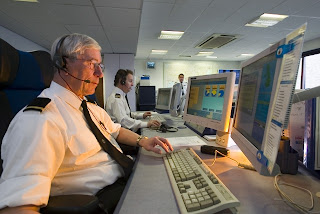 Like a spoilt child that keeps nagging its parents until they finally surrender to the little horror's wishes, so is the European Union which keeps chipping away at an issue until it finally gets its way.

One such issue is a European Coastguard Service, which has been on the agenda since 2003, or earlier, and keeps coming up at irregular intervals, most recently in May 2006 – until that is, now, when it has re-emerged once again.

This time, it is the EU parliament making waves (again) – to coin a phrase – on the back of the EU commission's Maritime Green Paper, where MEPs are due to vote next week on a report which will once again call for an EU Coastguard, consolidating all the member state services into what many believe would be an embryonic EU navy.

Leaping into the fray, however, is the UK Independence Party which has noted that Conservative MEP Struan Stevenson's Committee on Fisheries is supporting the idea, in contrast with Westminster Tory MP, Julian Brazier, who considered it "a betrayal of the maritime history of our country" and Philip Bradbourne, the Tory MEP, who previously said that the UK Conservatives were totally opposed to any attempts to establish a European Coastguard. 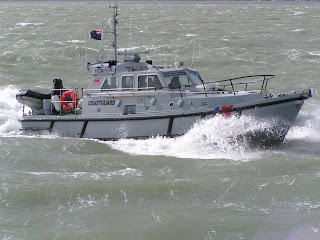 UKIP rightly points out that Stevenson, like so many Conservative MEPs, presents himself as a Eurosceptic at home, wrapping himself in the Union Jack, but when out of sight in Brussels he reverts to type.

Yet, in February 2005, when the issue made yet another of its periodic appearances, Bradbourne (link above) argued that the fact that Labour and Liberal Democrat MEPs supported the demise of the British coastal protection system demonstrated that they could not be trusted to support the British national interest in Europe.

The vote next week, however, is not the end of the matter - it is only "advisory". More importantly, the EU commission was asked to produce by the end of 2006 a feasibility study on the formation of a European coastguard service but, so far, this has not materialised. But when it does – as it most surely will – we may see legislative proposals and battle will be joined in earnest.

If it doesn't get what it wants that time, you can be assured the Commission will bring it back again and again, until it gets its way – no doubt with the support of the likes of Struan Stevenson. That is why we cannot continue with this mad, energy-sapping experiment. The "colleagues" simply do not know the meaning of the word "no".