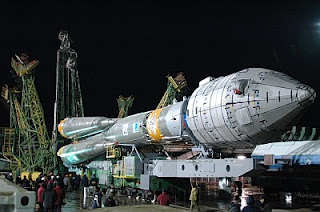 The Galileo story is beginning to pick up momentum, as the deadline looms for the decision on whether the commission is going to attempt to finance the system from taxpayers' funds.

What has given it "legs" is an intervention by Wolfgang Tiefensee, German transport minister, speaking on behalf of the EU presidency. Not only has he backed extra public subsidies to fund the project but he has also hinted at its military purpose.

Tiefensee reiterates that Galileo would be civilian controlled but, specifically, did not rule out military application. "If an army lorry uses a motorway that does not become a military road," he said. "Europe must maintain and enlarge its position in space."

That, of course, is the precise situation. Satellite navigation systems are passive, in the sense that they transmit signals which can be picked up anywhere with the right equipment. Applications, therefore are defined by the users and the provider has not control over whether they are civilian or military. To that extent, the oft quoted claim that Galileo will be "under civilian control" – if it ever gets off the ground - is largely irrelevant.

Nevertheless, this comes on the back of a hearing in the EU parliament last Friday organised by the Subcommittee on Security and Defence.

The hearing was specifically aimed at finding out how a European space policy could support the European defence and security policy and the talk was of Europe developing space projects, including communication surveillance satellites and for that very purpose.

On Galileo, however, Giovanni Gasparini of the Instituto Affari Internazionali in Rome said that Galileo should be given a military dimension to prepare for a situation where the US Defense Department might cut the GPS signal for security reasons. The European satellite positioning system must become the backbone of the European Security and Defence Policy, Gasparini said.

This is going to put the UK in an interesting position. Despite having spent what must now be in the order of £500 million on the project, its official position is that it is committed to the US Navstar system for defence purposes.

Furthermore, the UK and other northern EU states are wary of an attempt to shift the burden on to the taxpayer. According to the Financial Times, citing a Brussels-based diplomat, "The UK would be concerned by the idea of further funding from the EU budget."

In fact, the UK and other member states may well refuse point-blank to cough up extra money, especially as the very reason the private development consortium has failed to materialise is that its members considers the project is not commercially viable.

Despite the important issues at stake, though, the British media (FT apart) is continuing its silence on the issue. Yet one is reminded of a reader's letter in the The Daily Telegraph on the 25 March 2002, when Galileo was about to be approved by the member states. The reader was John B. Sheldon, of the University of Reading, who declared that:

Galileo is folly on a number of fronts. As a demonstration of European ambition for superpower status, it is the equivalent of putting the cart before the horse. Europe slavishly mimics the baubles of a superpower because it is unable, by its very nature, to develop the necessary conditions and foundations for such weighty obligations.

For all that, it appears the media has decided that the British public should not be told what is going on. The truth will out, indeed, but not via the MSM.