Receiver tax to save Galileo? 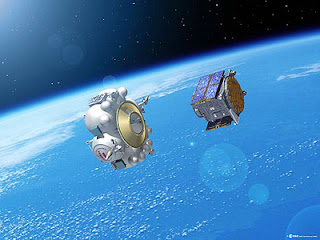 So, today, we come to the next stage of the Galileo saga, with the EU commission today coming out into the open and telling the world that the damn thing won't fly unless its is given shed-loads of taxpayers' money.

Of course, since the money doesn't actually belong to the commission, and it has nothing in the budget, it has to go cap in hand to the member states and ask them for more loot, despite having assured them over the preceding years that the tab for the next phase would be picked up by industry.

Thus does the BBC, at last taking an interest in this ongoing saga, tell us in its latest news report that the commission has "put forward proposals" for the "stumbling space project" to be completed with taxpayers' money, but then swallowing the EU's propaganda hook line and sinker, telling us that the four billion euro (£2.7bn) system should be up and working by 2012.

Needless to say, in its official press release, the commission says nothing at all about the project being bankrupt and that the business case for it – tenuous at best – has fallen apart, which is the reason why private finance has evaporated.

No, instead we get the anodyne statement: "Galileo at the crossroads," as fine a euphemism as you will ever get – or so you might think, except that the commission hasn't even started.

Its code for "give us the money" is most expertly wrapped up in the mother of all euphemisms: "The Commission notes that the Galileo roadmap needs adapting to meet the deadline of 2012…" it says, adding: "The public-private partnership set up to implement Galileo needs to be reprofiled…".

Would that we could "reprofile" the commission.

For the detail, the commission has produced a 20-page "Communication", in which it sketches out options for clawing back money to pay for this exercise in corporate vanity.

It sticks with the fiction that a "future concessionaire" would receive payment for the sale of the various services generated by the system, even though the same services are provided free of charge by the Americans.

It argues that there would be some revenue from the licences and intellectual
property rights for system components, although it fails to say that these by no means will cover even the costs of running the system.

Its third source of income, of course, is the European Community (its taxpayers, actually), which together with the European Space Agency "is providing all of the financing for the development phase", and "will continue to participate in the financing of the programme".

Then, the commission's own private piggy bank, the European Investment Bank, has said it is willing to grant loans and some third countries are prepared to contribute financially to the programme.

And now we get to the killer point. If, says the commission … if it proves necessary to find additional financing, a levy on satellite radionavigation signal receivers could be introduced at the European level to finance the deployment and operating phases.

So there we are. To pay for this extravaganza, the commission is proposing a Europe-wide tax on GPS handsets and other receivers. Even though you might be able to get the US signal free of charge, because the EU wants its own system, you pay them - the Europeans - for the privilege of using it.

It is now for the member states to decide, at the transport council in June, as to whether they are going to cough up with the dosh, or let the Galileo project slide into the oblivion that it so richly deserves.