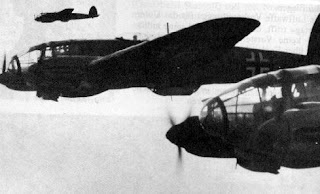 More indications that the "colleagues" are planning to target the UK - to weaken opposition to a new EU treaty – have now come from German MEP Jo Leinen.

Leinen, of course, is not just any old MEP, but chairman of the constitutional committee of the EU parliament, the spiritual and intellectual heir to Alterio Spinelli, author of the plan to create the European Union in its current form.

His intervention comes after the hint from Andrew Duff – a Lib Dem MEP for Eastern England - who highlighted the need for an "attack on England" to weaken the continental opposition to a new treaty.

Thus it is that Leinen, according to EU business, believes that Britain's opposition to plans for a revamped European Union treaty threatens to split the Union, declaring that its stance was complicating the negotiation process and "endangering consensus and a resolution in June".

Leinen found that the British, the Czechs and the Poles were the only EU nations questioning the substance of the treaty during talks between officials in Berlin last Tuesday, with the British putting up the most obstacles.

Nevertheless, in public, he exudes confidence, declaring that, "To go back and destroy an agreement you need more than one country so I would say Britain is pretty much isolated on most of its proposals." But this is more of a hope than a statement of fact.

Thus it is that the great guru of European integration is prepared to entertain the idea of offering Britain an opt-out in the sensitive areas of police and judicial cooperation on criminal issues, when national vetoes are abolished – in order to carve the UK out of the game.

Given that Leinen is immensely influential in EU circles, if this man approves something, it is treated very seriously indeed by the "colleagues". But it is something of a testament to the Eurosceptic mood in the UK that its opposition is being taken so seriously. Come June, therefore the UK could find it is being offered "opt-outs", whether it wants them or not.

Now, if we could extend those opt-outs, to the whole of the EU Treaty ...?