Of donkeys in uniform 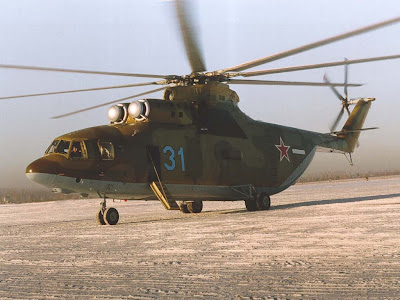 If the news coming from defence correspondent Thomas Harding in Lashkah Gah, via The Daily Telegraph, is at all accurate – and there is no reason to believe it is not – then we may have turned the corner in Afghanistan.

That much was hinted at by Anthony Loyd in The Times last March, about which we were duly sceptical. But what Harding is telling us is that the Taliban's much-vaunted spring offensive has stalled. This is apparently due to lack of organisation after dozens of middle-ranking commanders were killed by British troops in the past year.

After suffering more than 1,000 dead in battles with the Parachute Regiment and Royal Marines in the last year, the Taliban retired to regroup and re-equip last winter. A spring offensive was ordered by the Taliban leadership based in Quetta, Pakistan, and was meant to be launched in late March – but since has not materialised.

Says a "military source", a lack of mid-level commanders has meant that there has been little co-ordination to bring about the offensive: "They are getting strategic guidance from Quetta but this is not translating on the ground." Says the same source, "It's a bit premature to discuss the Taliban as a spent force. I believe that they are struggling but still maintain a capability to carry out attacks on a daily basis. But I would suggest in the long term the Taliban may just peter out."

But if British Forces are experiencing a welcome success, then it seems it is in the main due to the much derided "platoon house", policy of placing small detachments of troops in remote locations, acting as a magnet for insurgents, who subjected them to continuous attacks.

At the time, there were complaints that the policy was driven by political imperatives rather than military strategy. The platoon houses had been occupied only as a result of requests from President Karzai and Governor Daoud, who wanted British forces to hold north Helmand," endorsed by the British government. Yet, as Brig Ed Butler was later to admit, going into the platoon houses had the "unintended consequence" of defeating the Taliban, tactically, in north Helmand.

However, contemporary reports indicate - it was a close run thing and, for a time, it looked like we might be losing.

It was at that time that stories of equipment shortages in Afghanistan had been dominating concerns, with tales of the enormous difficulties in resupplying the isolated platoon houses, primarily because of the shortage of helicopters.

It was largely this that led to the "platoon house" policy being brought precipitately to a halt at the end of last September, when British commanders sought a truce in Musa Qala and a withdrawal of our troops, only to have the area reoccupied by the Taliban.

On this blog, we have tended to focus our criticism on the equipment front, although, here, we ventured into a critique of tactics, and were highly dubious about this retreat, seeing it as another example of the lack of aggression on the part of the Army.

Amongst those who applauded this move, though, was Times defence correspondent Mick Smith who wrote at the time, in September 2006 that "the whole policy of putting troops into remote outposts in the north … have provided graphic evidence as to why politicians should not interfere in the business of soldiering."

But, by February of this year, then Nato commander, British Army General David Richards, was forced to admit that, "In many respects I think we've been more successful than I anticipated … Not only has Nato unequivocally proved it can fight but actually, militarily, it has defeated the Taliban."

What is now emerging is that this defeat was achieved largely in spite of, not because of, the efforts of senior Army commanders who had opposed the "platoon house" policy from the start. Thus, rather than enthusiastically committing their forces and – crucially – calling for more back-up, they were refusing to transmit requests for more troops and equipment up the chain of command and, moreover, refusing offers of external assistance.

Ed Butler, for instance, had been offered the services of experienced ex-military pilots flying giant Russian-built Mil 26 "Halo" helicopters (pictured above) which could have completely resolved his supply problems, releasing military helicopters for operations. But so lacking in enthusiasm was he about the idea that he did not endorse it. When the news of the offer was then broken by the Telegraph and other media, it was presented in such a negative way that, without the endorsement of key senior military officers, it was never progressed.

Fortunately, by the time Butler and Richards got their way and the retreat from Musa Qala had been brokered, the damage to the Taliban had already been done – the extent of which was then unknown. Yet, while Nato forces have subsequently been able to exploit this situation, the herd memory of the period is one of stumbling and incompetence on the part of a government that was not in control of events and letting down our troops.

The full story on this has yet to emerge but we were getting hints of obstruction and inertia by factions within the military by last February when we wrote a piece indicating that things were not entirely as they seemed. As that time, we wrote that, if we are going to be locked into that oft quoted paradigm of "lions led by donkeys", it is as well to remember that, when that phrasing emerged, many of the "donkeys" were in uniform.

And, as more details come available, this seems more true now than when we wrote it.