Will the white elephant fly? 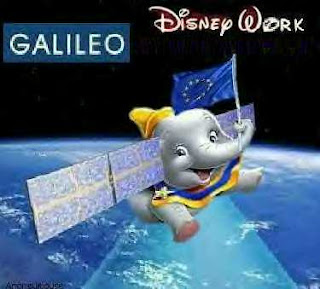 Another of those perpetual mysteries, for which there seems no rational explanation, is the almost complete inability of the popular media to cover the EU's white elephant, the Galileo satellite navigation system.

You would have thought, for instance, that the proposal this week of the EU commission to raise a levy on all GPS receivers might have attracted some attention, but no. Perhaps it was missed because the proposal was buried towards the end of its 20-page "communication" rather than in the press release, which is possibly why it was missed by the specialist media as well.

Thus, when the the Booker column broke the news in the MSM this morning, it effectively amounted to a "scoop" for The Sunday Telegraph - would that the paper knew it, or even cared.

Booker also tells us that the aggregate UK funding for the project now approaches £500 million, and then explains to his general audience why the financial model, on which cost recovery was based, cannot and will not work. Thus it is, with the future of the project in the balance, the UK government stands to lose its substantial investment, unless it commits even more funds, with the suggestion that it can recover the money through the receiver levy.

Also flagged up by Booker is the extraordinary situation brought about by the failure of the EU constitution, which had included provision for a space policy. Without that, the EU does not actually have the legal power to operate a GPS system, and is reliant on the good offices of the European Space Agency to do its bidding.

This notwithstanding, the EU is still powering ahead and, on Tuesday this week is planning to hold a "Space Council" in conjunction with the ESA to agree the commission's proposals for a fully-fledged space policy, even without treaty sanction.

As an added twist to the whole sorry saga, however, they may have cause to look east, to Russia where, overshadowed by the EU-Russia summit last week, Putin signed last Friday a decree on the Glonass navigation system to provide the service free for customers. "Access to civilian navigation signals of global navigation satellite system Glonass is provided to Russian and foreign consumers free of charge and without limitations," the presidential decree reads.

Furthermore, Putin has charged the Russian Federal Space Agency with coordinating work to maintain, develop and use the system for civilian and commercial needs. Russia intends to re-commission the service, with a full orbital group of 24 satellites ready for global coverage by the end of 2009, fully compatible with the US GPS service. A total of $380 million has been appropriated for Glonass from the federal budget in 2007, on top of the $181 million allocated in 2006.

With two systems up and running, the justification for Galileo will diminish still further - and then there is the Chinese system waiting in the wings. All of that should give the "colleagues" plenty to talk about on Tuesday – even if the media does maintain its customary silence.