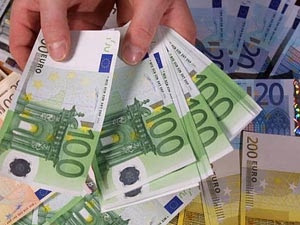 An interesting little item in the International Herald Tribune reminds us that one can never quite predict economic and fiscal developments. It would seem that the euro has its uses in international trade. It has become the currency of choice for Latin American cocaine traffickers.

There are two reasons for this unexpected development, one economic and one social. As we know the euro is gaining in strength as against the dollar, which makes it a good currency for others to trade in, though not, perhaps, for European manufacturers.

Then there is a curious shift in cocaine use. Apparently, that, too, is much stronger in Europe than in the United States and growing.

"The euro has replaced the dollar in the Western Hemisphere as the currency of choice among these traffickers, which is an extraordinary shift," she [Karen Tandy, head of the Drug Enforcement Administration] said. "As cocaine use has declined in the U.S. dramatically, in the European market it has risen."

Traffickers are drawn by bigger profits on the European street, where a kilogram of cocaine sells for about $50,000, compared with $30,000 in the United States, officials say. Donald Semesky, chief of financial operations for the U.S. agency, said 90 percent of the €1.7 billion in euro currency - equivalent to $2.3 billion - registered as having entered the United States in 2005 came through Latin America, where drug cartels launder their European proceeds.

Spain and Portugal are the main gateway of drugs into Europe, hence the decision to hold the International Drug Enforcement Conference here this year. Officials in the two countries seized 70 tons of cocaine in 2006, almost the same amount as was seized in all of Europe in 2004, according to United Nations figures.

Good to know we are burying America (to use Nikita Khrushchev’s unforgettable phrase) in some respects.

There are a couple more details of interest. One is that West Africa, whose fishermen we have deprived of their livelihood and whose governments have received huge amounts of European money in aid, has become the hub for the international drug trade.

The other is that

Spain has become a European leader in money laundering and is home to about 25 percent of all €500 notes - known locally as Bin Ladens - in the eurozone, according to figures published last year by the Spanish central bank.

It all makes geographic sense as well.