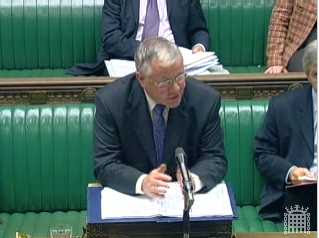 And so the fortnightly Monday ritual came around again in the House of Commons today, that of Defence Questions, where MPs have the opportunity to question ministers on topical issues relating to – you guessed it – defence.

Today, as always, was a mixed bag, but there were some interesting questions on the security situation in Iraq, which are worth a separate post. We'll do that, probably tomorrow. But there was also an interesting procurement question from the energetic Tory MP, Ann Winterton, about the Army's light helicopter fleet. She asked: 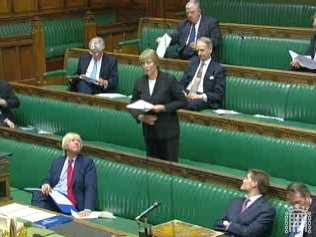 What plans does he (the minister) have to replace the current Gazelle fleet, and will he consider the purchase of light assault helicopters to fill the capability gap, bearing it in mind that the 40 Future Lynx aircraft that are due to come into service in 2014 will replace more than 200 aircraft from the current Gazelle and Lynx fleets? Does he acknowledge that there will be a huge future shortage of capacity, and what will the Government do to fill that?

It was the minister of state who answered this one, Adam Ingram, who – predictably, gave a less than complete answer. But then that is to be expected. The oral question game is as much about putting things on the record and registering an interest of concern, as it is trying to elicit answers. Anyhow, Ingram answered thus:

Clearly, we must define what that future shortage is; it must be well defined. We then have to define what the procurement strategy should be to fill that gap and make sure that that which we procure has durability and utility over the longer period. The reason why I am giving that answer is because procurement is not simply about saying, "Let's take it off the shelf and stick it out into theatre." I know that the hon. Lady understands that. I will provide her with a written response to the detailed points she has raised so that she can have the best understanding of how these matters are progressing.

Behind this simple, and cordial enough exchange, there is a major issue brewing. Much of the attention on military helicopters has been focused on lift capability, and the shortage of troop and store-carrying helicopters such as Chinooks and Merlins. But light assault, or more specifically, light utility helicopters (LUH) are a different animal entirely, and we are running into serious trouble in this respect.

Firstly, though – the type itself. Light utility helicopters – typically carrying 4-6 passengers (sometimes more) – are an important part of Army aviation. They perform diverse roles, from observation, forward air control and reconnaissance, to light attack (armed with machine guns, unguided rockets, and even guided anti-tank missiles). In a counter-insurgency role they are invaluable for escorting convoys and over-watch on patrols.

They can insert small numbers of troops into the battlefield – and extract them – and can then support them with observation and direct fire, and have a vital casualty evacuation (CASEVAC) function. They can carry out limited supply missions and also perform a useful air-taxi role, transporting personnel when roads are not safe, or routinely – especially VIPs. They can be, and often are, used as trainers. 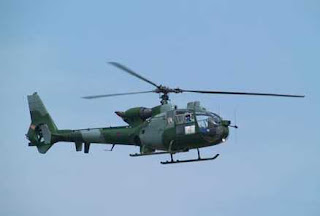 Now, the current machine in Army Air Corps service is the Gazelle. This is a French-designed helicopter, created by the company Sud Aviation, which later became Aérospatiale and later still Eurocopter (a Franco-German-Spanish group which is now a Division of EADS). It originated in a French Army requirement for a light utility helicopter and the design was adopted by the British. A total of 292 were built by Westland Helicopters, in a deal signed in February 1967, the aircraft coming into service in 1973. In other words, the type has been around for 34 years. By 2005 (the latest figures we have available) there were 127 machines in the inventory.

In British service, the aircraft have been used in combat in the Falklands, in Kuwait, Kosovo and in Iraq (Gulf War I). It was also used for air patrols in Northern Ireland. British Gazelles were only armed when used in the Falklands, where they were fitted with machine guns and rocket pods, but these were not used.

They are not currently used in either Iraq or Afghanistan and are unsuitable for operations in hostile theatres. Although their performance is good, especially in hot and high condition, they are extremely vulnerable to ground fire (even small-arms) and do not lend themselves to armouring. Crash survivability is poor – certainly not up to modern standards – and the avionics and communications equipment is now substandard.

As such, the Gazelle fleet is in the process of being phased out and disposals have already taken place. The final phase out is scheduled for 2018.

The crucial issue thus is that, unless a replacement is sought, pretty quickly given the time military procurement takes, there will be a serious capability gap. In fact, because of the unsuitability of the Gazelle, that gap already exists, because it is not being used in active theatres.

However, the only proposals from the government so far, to fulfil that gap, is a project known as the Battlefield Light Utility Helicopter (BLUH). As far as is known, though, this project is intended only to replace the Lynx - and there appears to be no specific (or any) replacement scheduled for the Gazelle.

Furthermore, according to a Written Answer on 16 October 2001 by Lewis Mooney, BLUH was "planned to enter service from the middle of this decade and to have replaced the current Lynx by the early years of the next." This is the "Future Lynx" programme, but that only amounts to 40 helicopters for the Army, and initial deliveries are not due to start until 2011. The type will not enter operational service until 2014 with the British Army, and will replace (currently) over 100 Lynx Mk7/9s.

Thus, effectively, the only forward plans so far declared by the British government amount to replacing over 200 machines (Gazelles and Lynx) with a mere 40. Clearly, we are stacking up for a huge shortage of capacity. Furthermore, at an average £14 million each, the future Lynx is an enormously expensive machine, whereas a LUH, typically, can cost a "mere" £3-4 million. 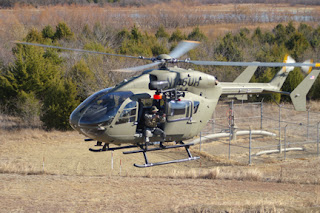 Possible Gazelle replacements are the MD 900 Explorer and the Eurocopter UH-145 (which has actually been ordered by the US Army as the winner of its light utility helicopter competition). The US-built Eurocopters, however, are not intended for the battlefield – rather, they are to be used in "permissive" environments, primarily to take the pressure off the Blackhawks, which are designed for combat use and can thus be redeployed.

However, with added armour kits and defensive equipment, the UH-145s (and indeed the MD 900s) can be modified for battlefield use, and would prove a valuable asset from our troops in both Iraq and Afghanistan, the need for which we have been arguing for some time.

Everything takes such a long time in politics, but at last the issue is on the agenda.