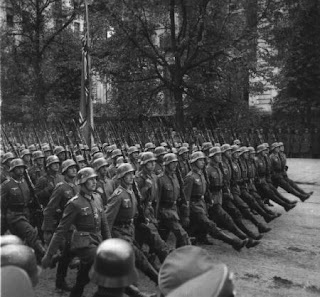 In what seems to be dangerous loss of perspective, Polish prime minister Jaroslaw Kaczynski is reported stepped up the rhetoric over European Union voting rights, saying Poles were ready to "die" to get their way on the issue.

Kaczynski's government has already threatened to veto any new treaty unless it gets its way, demanding that votes allocated to each member state be calculated by taking the square root of the country's population in millions. On that basis, Germany, which has 82 million inhabitants, would have nine votes and Poland, which has a population of 38 million, would have six.

"I would like to clearly state that we are as serious as we can be about the square root proposal. We are ready to die for that, despite contrary information in the press," says Kaczynski.

Before he continues with his ill-considered rhetoric, Kaczynski might be advised to revisit his country's recent history. Not so very long ago, his countrymen really were "ready to die" to protect their nation - and did so in large numbers. Is he really saying that this current issue is of the same magnitude?