Not the best option 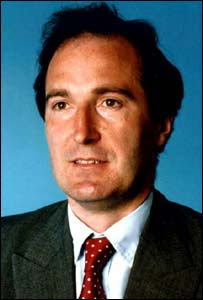 Former Telegraph editor Charles Moore gets worked up about the EU constitution in the op-ed this morning, arguing that the British people should be allowed a referendum on any new treaty.

His central complaint is that the constitution is being "recycled", in pursuit of which Blair will represent Britain at the Berlin "summit" in June. This – in his view - effectively makes any agreement a done deal. Gordon Brown will become Prime Minister five days later but all he will be able to do is take a few things out of the treaty drafts that were not expected to survive anyway, and win a "victory" to embarrass the Conservatives.

But, asserts Moore, what Brown won't dare do is let us vote. "For the accumulated frustrations of more than 30 years mean that any plan for increasing Europe's powers now wins the full-hearted dissent of the British people," he writes.

That the people should be able to vote on the treaty, however, rather seems to let the politicians off the hook – at several levels. In the first instance, any agreement on the text of a new treaty requires the unanimous approval of the heads of all 27 member states. Then, it must be ratified by all, which includes Britain, a task which is normally entrusted to our Parliament.

Then, there is the role of the opposition. Although limited by not being in power, with the prospect of the Conservatives taking over the reins at the next election, one singular brake on the current government's ambitions would be to pledge that anything agreed by way of a treaty would simply be undone.

In this specific context, Cameron could simply declare publicly that, should the government seek to use its majority to ram through Parliament an amendment to the European Communities Act, not only would his party oppose it, but it would repeal the amendment when it took office.

Thus, attractive though the proposition of a referendum might be, to focus on this as a means of opposing a new treaty should not necessary be the first, and certainly might not be the best option.

As with the existing EU treaties and the laws that stem from them, the reason they prevail in this country is not because of any innate power of the EU but – as we have observed so many times before – because our governments have wanted them to and Parliament permits them to.

In what still remains a representative parliamentary democracy, therefore, the likes of Moore should, perhaps be devoting his energies to the role (and responsibilities) of our representatives, rather than making an appeal to the people his first and what looks like his only option.