Fighting goes on in Lebanon 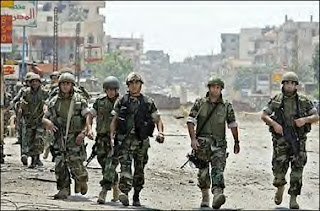 The BBC, as we know, has its own way of gauging what is important news. Thus in the section on the Middle East they lead on renewed Israeli strikes on Hamas:

About 40 people have now died in 10 days of Israeli bombings in Gaza, which Israel says is aimed at stopping rocket attacks on its territory by militants.

Militants? Oh well, let it pass. But I cannot imagine why the Israelis should say that.

To be fair, some way down the article there is a mention of the rocket attacks (somehow the word ‘relentless’ so much loved by our journalists when it is Israel doing the attacking gets forgotten) on Sderot and other places. It is mentioned that the Palestinian attacks were all on civilians and the Israelis are targeting those famous militants.

Only then do we get to the Lebanese story, which is of some importance, with the curious title of “New US military aid for Lebanon”. Then again, the Guardian does not even begin to hide its feelings on the subject, entitling the article “Lebanon defends military aid from US”. I wish I could understand how these people’s minds work. Is it that they hate America so much that anyone who is helped by the Americans becomes a bad guy, unless the help can be hidden from the readers, or is it that they feel so much for the Palestinian militants that they cannot stand the thought of anyone hurting them? If the latter then the Guardianistas and Beeboids must live in a terribly painful world.

There is, indeed, military aid going in from the United States but, according to Mehrnews, this was promised some time ago and rushed in faster to aid the Lebanese army against those pesky militants.

According to the same source, the Lebanese army is not only digging in around Nahr al-Bared but is conducting door to door searches in Tripoli to ensure that any militant that had managed to slip out of the refugee camp (a somewhat solid establishment, as one of our readers has pointed out), does not hide in that city. As I pointed out before the Palestinians are unlikely to be welcome in Tripoli for long.

He warned the Lebanese army not to storm the camp because that will make everybody unhappy.

“Do you want to turn Lebanon into a scene of clashes between the U.S. and Al-Qaeda?” asked the Hezbollah leader in an address to the Siniora government, which is dominated by members of the March 14 group.

Nasrallah said the Fatah al-Islam group has acknowledged its ideological proximity with the Al-Qaeda network.

“Do we want to engage in clashes with Al-Qaeda in Lebanon so that members of this network enter our country from across the world to fight the U.S.?”

He said resorting to military force for settling the Fatah al-Islam crisis can jeopardize the destiny of the Lebanese army.

He criticized those who are in favor of ordering the army to enter the camp.

“This act would lead to the victimization of the army, and the Palestinian and Lebanese people,” said the cleric in a message broadcast on Al-Menar TV. 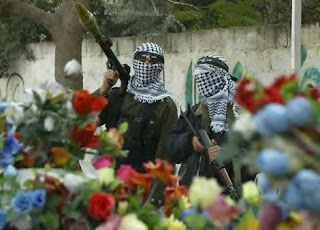 But, he emphasized, he was not supporting Fatah al-Islam. He just didn’t anyone to pick on them, one assumes. According to the BBC report, Prime Minister Fouad Siniora saw it differently and accused Sheikh Nasrallah of effectively supporting the militant grouping (perhaps we can call them insurrectionists quite soon).

Either they surrender themselves to Lebanese justice... or else the Lebanese authorities will be forced to take the decision to let the army deal with this matter.

Not much opportunity for Nasrallah’s political solution there. Mind you one wonders whether Mr Siniora meant this comment:

In short, it's almost... as if that amounts to justifying the [Islamic militant] Fatah al-Islam movement. Islam itself is innocent of that. And the Palestinian cause is also innocent of that.

Hmmm. Mr Siniora, undoubtedly knows that the Palestinian cause is littered with movements like Fatah al-Islam and saturated with a great deal of bloodshed, often in clashes with brother Arabs.

The UN and its agency UNICEF are calling for protection of civilians trapped in the camp:

"Children living in Nahr al-Bared have been through unspeakable trauma," it added.

"Already living in a refugee situation, they have witnessed their homes being destroyed, loved ones being killed or injured, and were trapped in their homes hearing the terrifying sounds of gunfire around them."

This is undoubtedly true but one does wonder why the UN and its other agency UNRWA has been so active keeping those refugee camps going, preventing generations of Palestinians from establishing themselves outside them and why did they not raise the alarm when heavily armed “militants” entered the camp.

As I was writing this, the not entirely unexpected news came through that fighting has again broken out in Nahr al-Bared. Another cease-fire bites the dust.