One size fits none… again 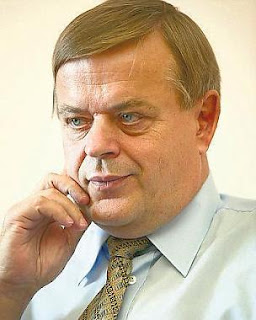 Even if you accepted that there was any logic in the EU's drive to reduce carbon emissions, there is a special kind of madness in the way it is attempting to put its grandiose plans into action.

That much is evident from the comments of Raimo Sailas (pictured), a top official at the Finnish Ministry of Finance. He has sharply criticised what he sees as poor preparation of the climate policy of the European Union, declaring that, "It is truly a cause for concern that decisions of very great economic significance are made on the basis of such weak background work."

Sailas was referring to a decision made in March by the European Council, in which the EU countries committed themselves to increasing the proportion of renewable energy to 20 percent.

Yet such are the smooth workings of the Rolls Royce (or is it the Merecedes?) minds of the Commission officials that, in their calculations put forward as a basis of the decision, Finland's potential share of renewable energy was said to be as high as 45 percent.

Yet said Sailas, this was based on the assumption that Finland could use tidal and wave energy. "This," he said, witheringly, "is the level of background work by the Commission," pointing out that, while tidal and wave energy can be used on the coasts of oceans, the waves in the Gulf of Finland will not yield much energy, and there are no tides to speak of on any of Finland's coasts.

What passes for thinking in the Commission was based on building on the relatively high level of renewable energy used by Finland, standing at 25 percent. This is one of the highest proportions in the EU but, as Sailas observed, that is attributable to the pulp industry, which generates a large proportion of the electricity that it uses from process waste.

But what particularly seems to annoy Sailas is the blithe assumption that cuts in greenhouse gas emissions by 20 percent from the 1990 level by 2020 can be uniformly applied across the EU. It seems to have escaped the notice of Commission officials it is relatively cold in Finland – certainly compared with your average Mediterranean country, the industrial base is very energy-intensive, and the location of the country, believe it or not, is fairly remote.

All that means that the impact of reducing emissions would be much greater on Finland than on the EU countries on average. Just keeping emissions at the 1990 level would already have a greater impact on the Finnish economy than a 20 percent reduction would have on the EU countries on average. Achieving the target would reduce Finnish GDP in 2025 by 3.4 percent, which could mean the loss of 40,000 jobs.

None of this, of course, will have any significant impact on the Commission, wedded as it is to the mantra of "one size fits all" which, in practice, invariably means that one size fits none. Raimo Sailas, you complain in vain.