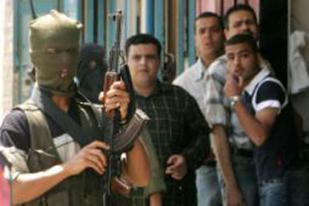 The journalist Caroline Glick is nothing if not outspoken and, as such, puts various backs up. She does, however, provide interesting information if people were to listen.

Today’s article in the Jewish World Review, tells us that

Last week the EU-financed Peace Now organization held an "Alternative Jerusalem Day" ceremony in which it called for Israel to renounce its sovereignty over half of the city in the interests of peace.

One wonders whether this comes under the heading of the Petersberg Tasks on which the common foreign policy is supposed to be based, or sustainable aid and development.

Peace Now is an Israeli NGO, which is a little coy about its finance, mentioning merely that a good deal come from private donations. Presumably, the rest comes from various transnational organizations. It defines itself as the oldest peace movement in Israel but, curiously enough, the links listed on the website are all to organizations either in Israel, Europe or the United States. Wot, no peace movements in the Arab world? Dear me. Who could have predicted that?

Peace Now seems to be spending a good deal of its time demonstrating against various aspects of Israeli policy and publicizing all the many anti-Israeli reports by such trustworthy organizations as the World Bank that are produced. Still, Israel is a democracy and it is up to them to deal with the matter. The question is why is the EU using or money to support them?

Caroline Glick then goes on to another interesting aspect of this:

Without getting involved in the discussion of the eternal capital (so, please do not post any comments about that) one must admit that there seems to be a remarkable lack of peace in the areas Israel has moved out of. Not only is the peaceful attitude of the Palestinians towards the Israelis strangely hidden from sight but there appears to be very little peace between various Palestinian groups and factions.

In Gaza the latest Egyptian-brokered peace has again broken down with three days of bloody fighting, which has 17 people dead and many wounded. There seems to be no report on the age of those dead but I would be very surprised if some teenagers or even children had not been caught up in the fighting somewhere.

The BBC is reporting that about 500 Fatah loyalists have entered Gaza from Egypt, not to fight Hamas (no, no, no) but “to protect the Palestinian people”. From whom remains unclear.
Speaking for Fatah, Tawfiq Abu Khoussa said:

The role of the security forces is to protect the security of the Palestinian people and not to take part in internal fighting.

Good to know. The BBC piece also reminds us that

Up to 170 people have died in clashes between the Fatah and Hamas factions since Hamas won parliamentary elections in January 2006.

That’s presumably not counting the people who died before the parliamentary elections and after Israel’s withdrawal or the people who died in routine clashes between various families and clans. Or the women who have been killed for disobeying instructions from their menfolk on the subject of clothes or behaviour.

This must be what Peace Now and their sponsor, the European Union, want for Eastern Jerusalem. Definitions of peace can be very tricky.