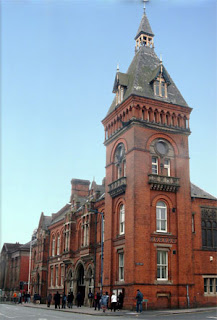 It is too easy to sneer – so we won't. But we have every reason to be wary of the new campaign, launched today, by Direct Democracy in conjunction with The Daily Telegraph promoting the cause of localism.

Fronted by Daniel Hannan MEP and Douglas Carswell MP, who write a piece in The Telegraph today, the idea is that power should be clawed back from central government and the EU, and returned to local authorities, under the more direct control of local voters.

Not least of the ideas is the abolition of VAT and its replacement with a variable local sales tax, in order to make councils financially autonomous. But here, as the authors well know, this is an EU-derived tax which central government is obliged to levy, under the terms of the VAT sixth directive.

Since the chances of prevailing on the other 26 member states to abolish VAT is nil, the only way Britain could get rid of this tax would be a unilateral abrogation of the directive which would put our entire membership of the EU in jeopardy. On the face of it, therefore, the push for localism falls at the first hurdle, as central government is unlikely to consider that option.

However, the authors of the plan – Eurosceptics both - believe that, by selling the idea of local taxation to the population at large, they will build up a momentum in favour, which will make change irresistible. In other words, this is a somewhat less than subtle means of promoting indirectly withdrawal from the EU.

As a strategy, this has some merits, although the ploy is so transparent that it is easily debunked. Government simply has to say, at a very early stage, that replacement of VAT is out of the question … treaty obligations and all that. Then, the issue is either off the agenda or the true intent has to be declared, and it becomes a matter of in or out of the EU. We end up back where we started.

Arguably, therefore, it would save a lot of time and effort if we came out openly and said that VAT is a bad tax, that it should be replaced and that, to do so, we need to leave the EU – or at least, renegotiate our current relationship with the Community.

However, that is what numerous organisations have been doing for decades, while others have more recently joined the fray – all with something less than spectacular success. On that basis, a different approach might be warranted, except that UKIP and the Democracy Movement have taken a similar approach, arguing that stopping payments of our annual £11 billion plus to the EU would solve a lot of problems.

That none of the arguments have set the political process aflame, or noticeably strengthened demands for withdrawal from the EU, suggests that the Direct Democracy ideas will have a limited appeal. Their main effect of their promotion, it would seem, might be simply to keep a number of politicians off the streets (no bad idea) and fill a few pages in the product of a dead tree seller.

And, if that is a negative response, so be it. The idea may be sound, but the motives are, essentially, dishonest – even if well motivated. If Hannan et al (to say nothing of the Telegraph) want to leave the EU, then they should say openly, and make the case for so doing – something which they manifestly do not (in public at least). Creeping sideways round the issue is not the answer.