Corrupt and decaying from top to bottom 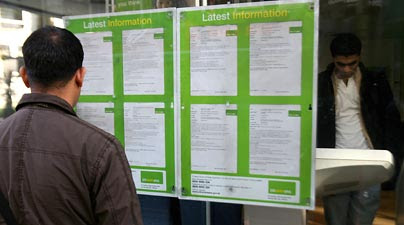 Well, I think we can finally say that social welfarism has utterly failed as a project. The case made to me was that welfare, if nothing else, stopped the great unwashed rioting and looting on the streets. This week demonstrates fairly well that it doesn't even do that.

We have a state school system producing kids who couldn't and won't get a job and a wider population who thinks the Easter Bunny will pay for their retirement, housing and day to day needs. Meanwhile, thanks to the cultural gas chambers we laughingly call schools, British business would rather not employ Brits if there is an alternative.

We have a justice system that serves only itself and its welfare clients, while occasionally slapping down the odd tax payer to ensure their obedience to the state. It is a system that works for the perpetrator, not the victim.

And who are these kids tearing down our cities? It is said they are the disenfranchised who have no stake in "our society". Kids who feel there is no reason to comply with the basic rules of civil society because it does not pay dividends. Their obedience is required, but for what?

There's a kid I know who has not had a proper job in over ten year years. I say kid because, for all that he is a grown man, he has remained kid by way of remaining a client of the state. Cosseted with a head full of silly notions about where money comes from, and all that he is "entitled" to. The reason I continue to help him is because he has not yet given up. He still wants a job and has not resorted to criminality.

He is one of the rare ones who, every week, goes walking round the industrial estates asking for work, applying for anything he can find. But he has no skills. He has nothing to offer them. He has no work experience of value, no qualifications of value and very little natural ability.

What makes him different from the rest of his generation is his willingness to find work. I think most by now would have quit looking and found a way onto the incapacity benefit system. And after ten years of ceaseless heartbreak, I wouldn't blame him, and I would actually support such a move.

The continual humiliation of going round and round inside the welfare system, a mere statistic in a creaking bureaucracy, fighting for a pittance that makes the difference between starving or not, erodes the soul. To be routinely told you have nothing of value to offer, even if that's true, cannot be good.

And what has government done in this regard. They have fed him on false hopes. He has been round the system, on this or that training course and placement scheme. His list of "qualifications" is now longer than some graduates I know. But these "qualifications" are a contrivance of government, neither useful to, nor demanded by business.

The kid has what is known as a European "Computer Driving Licence" without possessing any marketable computer skills. The course is useless, the material is easy and all that is served by it is a fat cheque from the government to the public and private bodies who award such junk.

This all at a time when public spending was at an all time high. We have to face the simple fact that it doesn't work. Throwing money at the problem simply perpetuates it.

Abandoned by his parents and abandoned by the school system to become just another human life on the scrapheap before it has even begun. I have done what I can to help with remedial education but you can't deprogramme all that sense of entitlement. That lesson has to be taught first hand. But it will probably never happen for him.

You could certainly say he has no stake in society. He is certainly "disenfranchised". Thanks to the mechanisms of the state and his background (generational welfare), his fate was sealed early on. He has every right to be angry and frustrated, which indeed he is, but he is not out looting this week.

He has always, with the intervention of friends and distant family, known the difference between right and wrong. He has been known to shoplift the odd tin of beans on the odd occasion when a giro has not gone as far as feeding him. Anyone who has been on the dole long enough, with no family to speak of, would probably confess to likewise. Who of us would not?

What keeps him from rioting is the hope that eventually something will come up, that he will get a break in life. He is perhaps more optimistic than I would be. All evidence suggest that he will not. Especially not now we're looking down the barrel of a global market meltdown.

We have just enjoyed ten years of unprecedented wealth and opportunity, but for most of these kids, those opportunities weren't available to them, not speaking Polish being one of the many reasons. All we have done by maintaining a welfare underclass is subsidise a pressure cooker that is now blowing its top. Much like the banking crisis, we have thrown money at a problem to delay the inevitable, only to feel the consequences much harder later on.

After decades learning bit by bit that petty crime is tolerated and they can get away with it, that underclass is now probing the system to see what else they can get away with. The answer is: a lot. This is simply all our chickens coming home to roost. Welfarism, a useless police force, a court system whose moral compass is spinning round faster than ride at Alton Towers, and state school system which at its very best is unfit for purpose.

While that is obvious to most, the statists are fighting for their agenda. They cannot allow the liberation of the poor. The poor are their livelihoods, their clients, their power base. And so the Left must present it in terms of social division. There are vested interests who, once again are trying to make this about race.

We must not allow them to succeed. These are black and white and Asian kids. They are all victims of the state welfare system. If we allow this to become a race debate as we have the last few times, we will simply get more of the same: more red tape for the police, more equality surveys, more outreach workers and more ghettoisation.

The race riots of decades past are no different to these riots in some senses. They are also the result of state mechanisms not only allowing, but facilitating ghettoisation of society, if not by race and faith, then by class. I have always said that if you subsidise poverty, you will always have poverty. We need to stop it. Welfare at best needs to be a temporary lifeline, not a lifetime habit. 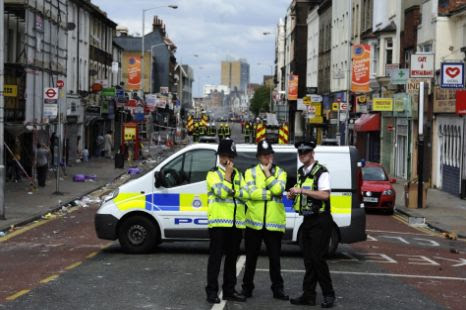 But in amongst the disorder, we also see mass larceny by people with full time jobs. Opportunistic theft by supposedly respectable people. Are we a society in moral decline? Were we ever of high moral fibre? We like to think we are more civilised than other countries because of the values we teach. But we're not. Order is kept because most people live under the illusion that they will be caught if they do bad things. Now they've worked out they won't be. This theft is brazen and is done with impunity.

We know from experience the police will not investigate, let alone catch thieves on a day to day basis. There is no reason to think this will be any different when the lid has blown off the pressure cooker. There was a time when the police would come to a crime scene and take fingerprints (this was my earliest memory of a police encounter), this in the days before super computers.

Now, for all the police resources they will simply turn up, give you a crime number and refer you to your insurance company. Consequently insurance premiums drive up costs for everyone.

The police have largely abdicated from routine police work. They have virtually given up on enforcing narcotics laws. Whatever your views on drugs, the law is the law. But now we have police making their own minds up about which laws to enforce. The law is so out of step with the people, and so unpopular, that if the police want to maintain a level of order, they have to decide which laws to uphold and which to ignore.

The law has made a mockery of itself. We have a law engine spewing out law after contradictory law. Not knowing which way to turn, enforcement becomes neglected in populist areas and so a quota or a crackdown to suit the political zeitgeist is launched resulting in knee-jerk unpopular policing. That is how we arrive here.

So again we draw the same conclusion: this is a crisis of politics. An establishment that does not know what it is for. But that is hardly surprising when that same establishment has abdicated government to other powers. The rot starts at the top. Our government is dysfunctional, without direction, without ambition, without guiding principles and is mired in the institutional larceny of the parasite class. 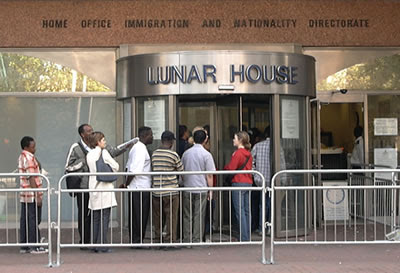 The immigration system is creaking, the roads are broken, our armed forces in complete disarray, the DVLA has lost the plot, Social Services are bandits, the welfare system is swamped and our energy grid is rapidly running toward rolling blackouts while parasitic corporates asset strip the country for everything it's worth. And what do we see in government? Children with their infantile preoccupations following one media bandwagon to the next, fire-hosing more borrowed money at problems they created.

Now the streets are littered with broken glass, and the burnt out husks of buildings still smoulder, we again ask what can government do? The answer is nothing. It has demonstrated beyond any doubt that it is incapable of taking grown-up, difficult decisions. Again, that is reflected in the wider population.

We are flat broke and yet we march to stop cuts. We praise the bravery of the police when they stand idly by while the criminals wreck our cities. We are a nation of infants under the illusion that only government can, or should, come to our aid.

Until we reject this notion, put government back in its place and ask the question of what government is actually for, we will be back here again and again. Government is not a creator of jobs or wealth. And nor should it be. In recent years it has been the biggest obstacle to jobs and wealth.

The only way the bulk of our youth can have a stake in society is if we create opportunities for them. We will not give them opportunities by confiscating wealth and redirecting it to the many foreign corporates who build government-mandated projects. Wealth must be left in the hands of those who earn it, to spend as they see fit and to care for those they find deserving.

But while our masters get fat off the proceeds of big government, it is not in their interests to introduce any meaningful reform. They need to subsidize the poor to secure their power base. If we want significant change we must throw the scraps from their table back at them, boycott government involvement in our lives and starve the beast. We must rid ourselves of them and start doing things for ourselves.

They do this to us because we let them.