It could never happen in Texas 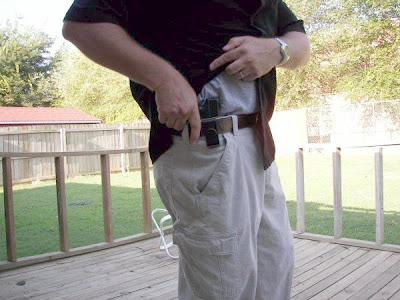 We are all amazed at how ineffectual and just plain bad policing is in the UK, writes our special correspondent from Texas. It may seem cocky to say that your riots could never happen here, but they couldn't. And I mean Texas, not Wisconsin or Philadelphia, where similar things did happen recently. But those northern states have some social attitudes much more similar to yours.

Texas is always caricatured as being some "cowboy" society, because we don't believe in all the politically acceptable BS that passes for "wisdom" – but there are two policy reasons why they couldn't happen.

First, every city, every town has its own police force that answers to the local citizens. These forces have no relation to any central authority, such as our FBI. Most of them may go their entire careers having no contact with any federal authority at all. This means that they focus on their area, and on what their local citizens, who pay their salaries, think they should focus on.

The second, and perhaps biggest reason we would never see riots like you are having in my part of the world is "concealed carry ". I have a license, as do many adult men I know here. If such a riot were ever to start, there would be an armed and proactive citizenry lined up to stop them literally within minutes.

Of course, the knowledge that this would be the response, plus the knowledge that a criminal never knows whether the man he's thinking of attacking is going to be armed or not, serves to stop any large organized attacks before they ever start. Of course there's always the crazies and the criminals who just don't care, but they get taken care of.

Thought of a third, a change in the law you could make, one we have which works quite well, In fact the UK used to have this law back in what are not probably considered "barbarous times". Well too bad, it works. Here in Texas, shooting a man in defense of your property, even when your life isn't threatened, is counted as self defense. If he dies, too bad, it's justifiable - no charges.

Simple changes - local police forces, armed citizens, no reprisals by the judicial system. It works a hell of a lot better than the system your countrymen have been trying.

COMMENT: NEW NO RIOTS THREAD
Posted by Richard at 21:00