Grinding to a halt 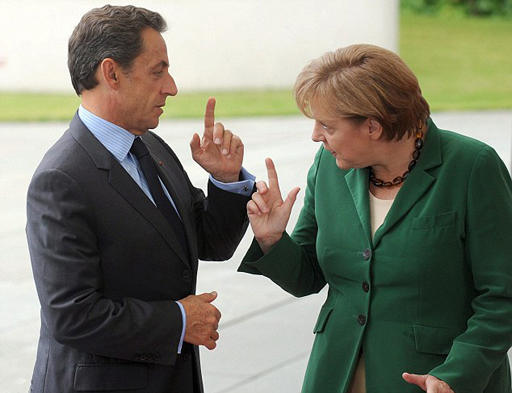 "Growth in the euro area fell more than expected in the three months through June, as growth in Germany came almost to a standstill". Thus reports The New York Times, stating that these data confirm fears that the government austerity programs are taking their toll on the European economy, undercutting efforts to contain the sovereign debt crisis.

I think we can see this in the UK also, as all sorts of traders report lower activity and reduced profit margins. The only growth industry now seems to be synchronised looting … although "riot training" looks a good bet for future expansion (for the police – not the crims).

With Merkel meeting Sarkozy in Paris this afternoon, they are not going to find any shortage of things to talk about.

One continues to be struck, though, by the sustained unreality of these talks, knowing full well that the only issue that merits serious discussion is the wind-down of the euro before it actually collapses. As it is, the talk is still of "reform", and finessing financial policy in an attempt to make a failed system work.

All this makes the reporting more than a little surreal. Neither the journalists nor the players can actually believe what is being said, but it is dutifully said and then recorded as if it were real. It isn't, but until the collapse, I suppose we must keep pretending that it is.