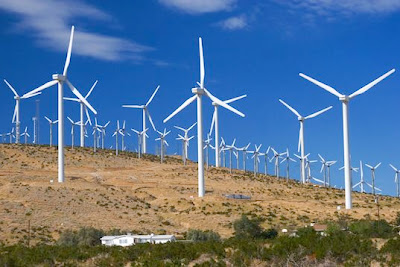 Robert Bryce, senior fellow at the Manhattan Institute, writes on the "wind myth". Texas, he says, has 10GW of installed wind-generation capacity - nearly three times as much as any other state. But during three sweltering days last week, when the state set new records for electricity demand, this "vast herd of turbines" proved incapable of producing any serious amount of power.

Over the past few years, about $17 billion has been spent installing wind turbines in Texas. Another $8 billion has been allocated for transmission, bringing the total to $25 billion. That sum could have bought 5GW of nuclear or as much as 25GW of natural-gas-fired capacity.

The wind-energy lobby has been masterly at garnering huge subsidies and mandates by claiming that its product is a "green" alternative to conventional electricity. But the hype has obscured a dirty little secret: When power demand is highest, wind energy output is generally low. The reverse is also true: Wind-energy production is usually highest during the middle of the night, when electricity use is lowest.

Yet, in the UK, we are going down the same ridiculous path. It cannot be a surprise, though, that the three people whose judgement is lacking in other matters, are most supporting of renewable energy: Messrs Cameron, Clegg and Huhne.

In their profligate waste of our money, these three are collectively doing far more damage to our economy than a month of rioting, while they are enforcing real cuts on the national hospital system, which will have real effects on the lives (and deaths) of many people.

It is hard to think of a clearer example of political stupidity, or of three men who are least suited to be in a position of responsibility, much less power. Yet these are the fools who sit on top of the manure pile and crow. That we let them is our own shame.

COMMENT: PRICE OF WIND THREAD
Posted by Richard at 08:54