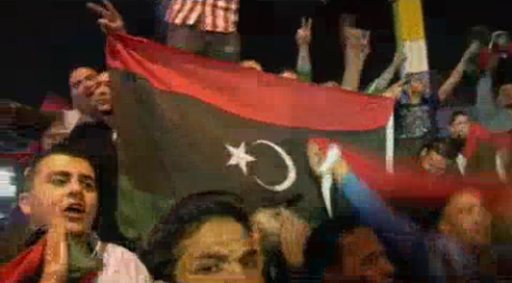 Bizarrely, the former soldier argues that the future of Libya is a matter for the Libyans themselves – despite The Boy having supported an intervention which has ensured that, up to press, the future of Libya has largely been determined by outsiders.

But now, with the drama of Libya approaching the end game, the Dannatt blithly tells us, "We can support and encourage but we should not go where we are not invited". He then asks "surely our memories of Iraq are not that short?"

His memory, though , seems to be on a par with a senile goldfish. Having interfered throughout the uprising in Libya, he now wants Britain to walk away and leave the mess for someone else to sort out – just as we did in Iraq.

It might thus be better for a man who contributed very significantly to the humiliation of the Army in southern Iraq to keep his opinions to himself. That he does not says a great deal about him. Like so many of our ruling class, he lacks self-awareness. That the Daily Failygraph then gives him a platform says a great deal about the newspaper.

Nevertheless, we are going to see much wise-after-the-event counsel from people who should know better. The truth is, though, that we as a nation have very little influence and even less control.

The Boy might like to give the impression of being at the centre of events, rushing home from his fifth holiday of the year (in stark contrast to his reluctance to be disturbed when England was in flames), but the game now moves to Brussels where the "colleagues" will be calling the shots.

At least we can draw some comfort from that. When the situation deteriorates into a bigger mess than it is already, we can at least say that we do not bear sole responsibility for it. Unlike Iraq, we will be able to spread the blame - the EU does have its uses.