No "Falklands effect" for the Boy 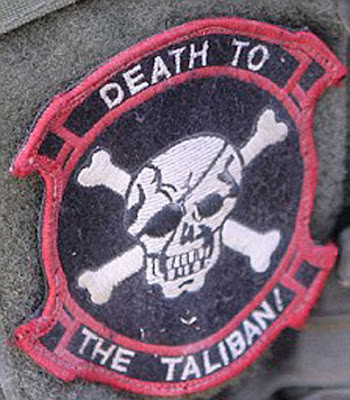 Easily led and with the tactical acumen of a one-legged budgerigar, the Tory faithful are trilling over the "success" of their Boy in Libya – heedless of the fact that, as Peter Hitchens warns, we are unleashing forces the like of which we have little knowledge, and every reason to fear.

Worst of all though – with the complicity of the increasingly dire MSM - the ill-considered Libyan adventure has diverted attention from the slow-motion train-wreck of the Afghan policy, where feral soldiers are rejoicing in blood lust that defies the very essence of a measured counter-insurgency campaign.

As pointed out by the Pakistani Nation newspaper, on every single metric by which progress is measured, the campaign is failing. "Afghanistan is returning to the brink", it reports.

With the USA in the lead, the aim has been to focus on a three-tier exit strategy. Level one is to attacking insurgent forces in an attempt to degrade their capability. Level two is to put up a façade of negotiations with breakaway factions, to give the impression that pacification is being achieved. The third level is to invest heavily in building the Afghan security forces, enabling them to take over the bulk of the "dirty" fighting from the coalition forces.

However, these efforts have reached a dead end. Despite the continuing "surge", the Taliban have shown themselves predictably flexible, shifting the focus of their operations to areas less heavily policed, knocking out key logistics and attacking civilians and infrastructure, all in a successful ploy to unbalance the security forces.

The breakaway Taliban elements no longer trust American administration's sincerity in the negotiations and consider it as a ploy to gain time to weaken them militarily. Then, the multi-billion dollar training of the Afghan national army and police force may at best be taken as a waste of money. This year alone, $12 billion will go down the drain in a vain attempt to develop effective army and police forces in Afghanistan.

Despite tremendous investment, the Afghan security forces are nowhere close to the mark. During poppy cultivation and harvesting seasons, the security personnel desert their units to participate in these better paying activities, returning to their units during intervening periods.

Furthermore, at a macro level, there is no attempt whatsoever to reconcile the political issues, aimed at reconciling regional enmities – especially those between Pakistan and India – which are fuelling the conflict. This leaves the broader situation as fragile, and as fragmented, as it has ever been.

Thus, while The Boy is basking in the glow of his supposedly successful Libya adventure, Afghanistan is waiting in the wings, ready to tear down any pretence that he has a handle on the situation. The exit strategy is looking increasingly hollow – as indeed it is – and the general aims are now unrealisable, as they always were.

So far, the pretence that we have a workable exit strategy has kept the media at bay, but soon enough, as the magnitude of the train-wreck becomes apparent, The Boy will be forced to confront a policy failure of major proportions – with no means of recovering it.

By then, the "success" of Libya will be a distant afterglow, and reality will be setting in. Should the Cleggeron coalition have survived until then, the Boy's foreign policy credentials will look irrevocably tarnished by the time it comes to an election.

In short, there is going to be no "Falklands effect" for The Boy. The current level of approval is as good as it gets. As the effects of the policy failures multiply, it is downhill all the way.