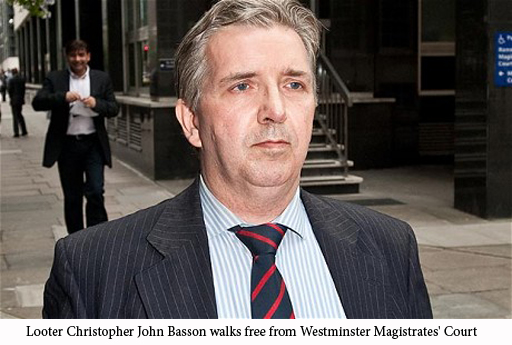 The 54 year-old, who resigned from the council in 2009 due to ill health, illegally claimed benefits for "depression and anxiety", telling officials from the Department of Work and Pensions that he was not "working" during his three years as an elected member for the north London borough.

Despite recent looters being handed down sentences of up to two years, district judge Nicholas Evans gave Basson a mere 28 days, suspended for a year, and ordered him to wear an electronic tag for three months, plus a curfew from 7pm to 7am. Basson will also be forced to pay back the benefits.

The former councillor, who now earns £37,000 a year as a computer consultant, is currently seeking treatment for heroin addiction. He admitted to being £55,000 in debt, but denied that his debts, which he is currently repaying at a rate of about £600 a month, were a result of his heroin addiction.

Outside the court, Basson admitted he was "sorry" for his actions but declined to answer further questions from reporters.