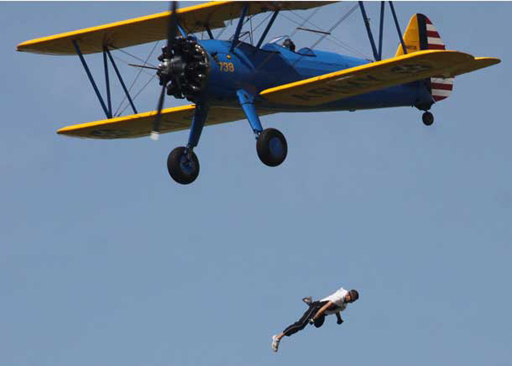 Cameron faces "serious questions" over claims his former communications chief received several hundred thousand pounds from News International while he was employed by the Tories. And, with that, it is difficult for me to add anything new to my earlier piece. The Boy lacks judgement. This is the consequence.

Anyone with any sense or political savvy would have steered a country mile from Coulson. But the "bubble" has its own rules, and the denizens think they can suspend the laws of gravity. They can't – sooner or later they hit dirt. He's doing the political equivalent of Todd Green's stunt, and the eventual outcome will be the same.

If Cameron had any sense (which he hasn't), he'd pin the above picture on the wall of his office, to remind himself of his eventual destination.