Loot of the day 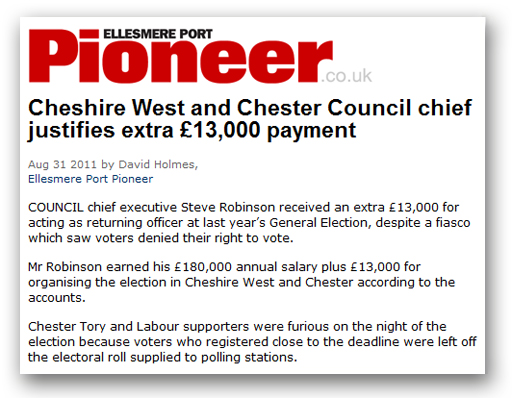 Asked whether he had considered turning down the returning officer fee, to which he is entitled at every election, council chief executive Steve Robinson said: "I didn’t see a need for that".

It is customary on these occasions to ask for reasons why we should not rise up and slaughter them ... but if I can't think of any, why should our readers?