Getting it wrong again 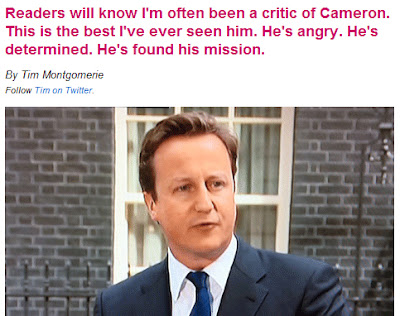 In my considered view (disagree with me if you dare), one of the best proponents of critical analysis on the block is Simon Jenkins. And, on the riots issue, he does not disappoint. Outsiders witnessing the urban riots this week, he writes, could be forgiven for assuming that Britain's cities were now run by the police and the home secretary.

There may be municipal councils and in London an elected mayor, but they are nowhere to be seen to be in control. They have no real power and therefore little or no public status as civic leaders. At the front line are the police, and behind them only the central power of the state.

The "nationalisation" of the riots by the home secretary and the prime minister inevitably inclined government to overreact. Ministers and opposition leaders raced back from holiday, parliament was summoned and sports fixtures cancelled.If ministers had wanted to induce a sense of panic, they could hardly have done better. Yet below them is only a vacuum of authority and accountability.

Thus does Jenkins make powerful points. In this top-down society of ours, when we have problems, the media and the chatterati look not to the local communities and their politicians, but to the centre, whence the prime minister takes over. Instead of that, we need local leaders with real power, he says.

You can see why I would like this thesis as, only last night, I was writing that "I would sooner have it that the responsibility goes where it belongs - not to a plump old Etonian, but to individuals and the communities in which they live".

It is they, I wrote, who should be empowered and encouraged to take responsibility for their own safety and security, with the assistance of the police. Such security is not within the capability of a prime minister to deliver, and nor should a national politician be entrusted with that task.

Illustrating quite how far our commentariat have strayed from that path, however, is "I'm often been a critic" Tim Montgomerie, displaying orgasmic delight of knicker-wetting intensity at the behaviour of his hero, Supercam. "This is the best I've ever seen him. He's angry. He's determined. He's found his mission", trills Montgomerie. It must be love. 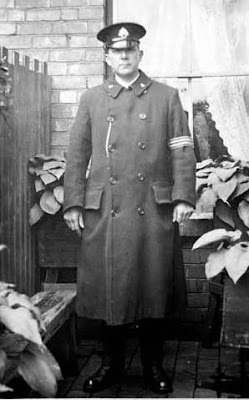 Needless to say, the police are no better. One of the most powerful influences here is our old friend Philip Selznich and his theory of "self maintenance", the driving force behind any hierarchical institution. The police, intent on maintaining the structural integrity and expansion of their own organisations, are the last to be interested in sharing power with mere "citizens".

Charles Moore, however, did mention the Home Guard and we recall that, on 14 May 1940, Anthony Eden made a radio appeal for volunteers. Within seven days, 250,000 had attempted to sign up. Similarly, the police force was massively expanded, with a corps of special constables (right).

Rather turn to the top-down solutions, with their water cannon, plastic bullets and increasing state thuggery we should be thinking in terms of enlisting thousands of "citizen police", giving them armbands and baseball bats, and putting them on the streets. With a hundred guardians on each corner - reclaiming the streets for the community - the violence would stop instantly.

Between Mongomerie's dampened knickers and Cameron's rhetoric, however, the capacity for our political classes to get it wrong is endless. They just can't help themselves in their headlong retreat from reality.