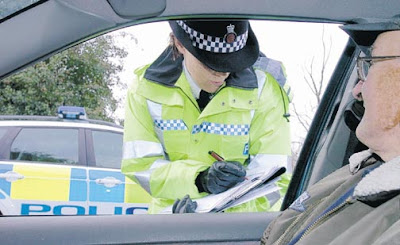 Phillip Johnston in the Failygraph argues that "the police lost control of the streets not in Tottenham, last weekend, but many years ago". Elsewhere in his piece, he also notes the change in the official attitude to crimes against property, "where thieves are now being treated in the same way as motorists whose cars have remained too long in a parking space".

Several points emerge here. Firstly, Johnson is probably right about the timescale. The police have lost it – and did so many years ago. But much of the reason is not because thieves are treated in the same way as motorists, but the other way round. By and large, motorists are treated the same as thieves ... or, in many cases, far worse.

Thus, it is not just (or even) the "underclass" that is alienated, but the largely middle-class motoring community – which includes most of the middle class.

Certainly, in my long career, which has necessitated driving hundreds of thousands of miles, the police have done me more harm – financially and physically – than the legions of the underclass, who have "only" burgled my house five times. They have taken far less than the police have extracted from me by way of fines – the thefts in any event being covered by insurance.

But there is then the other dimension.

The police enthusiasm for chasing the motorist, the plague of the speed camera, the use of parking as a revenue generator – and the relentless efforts on enforcing fine payments – contrast sharply with their complete lack of enthusiasm for protecting my home and property, and their inability ever to trace any of the offenders who have stolen property from me and mine. 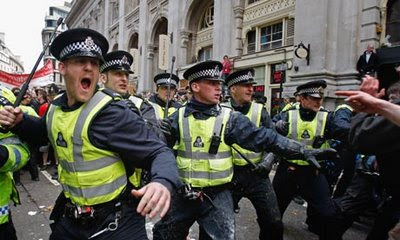 Add to that, the arrogant, cocky attitude of so many of the police that one meets, their reported incompetence and corruption, their violence and aggression, and you have a situation where the police have lost the trust and respect of the communities they serve. From being friends and allies, the police have become the class enemy - the enemy of the middle class.

What you then get is the trickle-down effect. The middle classes do not riot and loot ... not yet. But the general loss of respect and mutual support creates an atmosphere of distrust and indifference to the police, which reflects in those most prone to violent disorder.

We saw in the Mirror piece, the reference to "witless morons", applied to the rioters. Yet, in my book, that best describes the police themselves.

But then we get The Boy up on his hind legs prattling about a "sick society" as if this was something new, and something from which he and his kind can divorce themselves. More to the point, he is saying that "... there are pockets of our society that are not just broken but frankly sick".

Yet the "pocket" to which this description would best apply is his own. And he, more than most, has contributed to the distrust, to the point of loathing, of our politicians, which have made the world he inhabits so sick.

Yet, it seems that none of these people have mirrors ... or anything approaching self-awareness. They rely on their mantras, their superficial analyses and their knee-jerk responses, oh so clever and so full of shit. Sadly, therefore, days into this crisis, not one of the paid commentariat seem close to understanding what is going on.

And this is why, one suspects, things are not going to get better.