One of our policies is missing 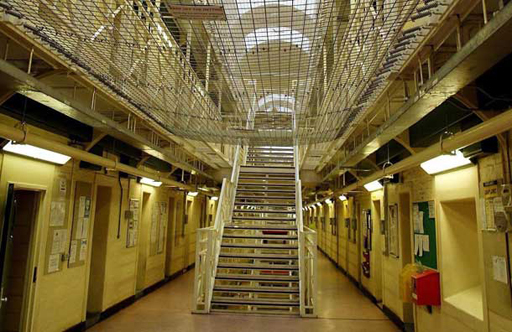 The number of career criminals being spared jail, we are told, has soared since the Coalition took office. An astonishing 4,000 offenders have been handed community sentences, despite each totting up at least 50 convictions.

The figure for 2010 – the year Ken Clarke took over as Justice Secretary – was 17 percent higher than 2009's and treble that of 2002. Incredibly, 408 criminals dodged jail last year even when being sentenced for what was at least their 100th offence.

Compare and contrast with the current policy of banging up this month's crop of rioters and looters, and it becomes very evident that we are dealing with a new principle of so-called "justice". People are being imprisoned not for the crimes they commit, or the severity of their offences, but for the circumstances in which they were committed.

The effect of this can be illustrated by two cases, the first of which we recounted on 18 August, where alcoholic Thomas Downey, 48, who was caught helping himself to doughnuts from a Krispy Kreme shop, was jailed for 16 months.

Hapless Downey, of no fixed address, had only been released from Strangeways prison at 7.30pm on Tuesday when he found himself in the midst of the rioting.

The contrast is with this, reported yesterday, where a man who started a fire at the chapel of rest in a Cumbrian cemetery has been spared a prison sentence.

Carlisle Crown Court heard that on the night of 3 May, Matthew James Atkinson-Skinner, 24, had had a "huge amount to drink". He was making his way back at midnight to a Kirkby Stephen campsite – where he was staying following the breakdown of a relationship – when he reached the cemetery.

At the chapel of rest, he broke a window and climbed into a store room. He poured petrol from a lawn mower onto a mattress and set it alight. The fire spread, causing damage estimated at £20,000.

When interviewed by police, Atkinson-Skinner, who has a number of previous convictions, said he broke into the cemetery chapel to see what he could steal. He had earlier attempted a break-in at the town's Co-op. Atkinson-Skinner, of Green Head Barn, Great Asby, pleaded guilty to arson and attempted burglary.

Judge Peter Hughes QC put him under probation supervision for three years and ordered him to undergo alcohol rehabilitation. He was also made to do 250 hours unpaid community work. Hughes said that, although Atkinson-Skinner deserved to go to prison, it would be better for the community if instead he received help to overcome the alcohol problems that led him to commit the arson attack.

Now, either or both the decisions could be wrong. But one thing is for certain, they cannot both be right. And, if you care to spend only a short time on Google, you will find not dozens but hundreds of similar examples and inconsistencies.

There cannot be anything much more fundamental though than policy on custodial sentencing. The freedom of the citizen and when – and under what circumstances – he or she should be deprived of liberty should be pretty high up the order of concerns. Yet the kindest thing we can say about this government's policy is that it is a shambles.

As of now, we see a debate over the reasons for this month's riots and looting, but what we are not seeing is any coherent debate about the response, and custodial sentencing in general.

Largely, it is left to the geriatric and incompetent Ken Clarke, who is not only making a mockery of the system but is presiding over occasions of real injustice – where it is as bad not to jail some criminals as it is to incarcerate others.

The worst of it is, though, is that one does not detect within government or elsewhere any intelligence which might indicate that the system recognises the problems or has any idea how to deal with it. As with so many other things, we seem on the whole to have lost the ability to develop sensible policy.