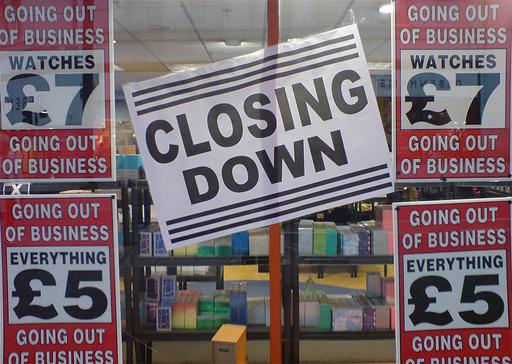 MSM editors have clearly been delighted with events in Libya, providing an endless rush of easy stories to fill those virgin spaces in the press and the airwaves. And it saves for the holiday period having to focus on the dire reality of shop closures and economic retraction.

Breaking away from the travails of the euro, Ambrose is dipping his toe in the water, telling us we're poised on the edge of the second part of a double-dip recession.

Outside the capital and the more prosperous south, Britain is in fact already in recession, and the situation can only get worse as the local authority and health trusts start shedding labour on a scale that simply cannot be absorbed by an already stagnant labour market.

Trading figures, on the other hand, go up and down, but short-term rallies are no guide to the overall health of the economies, here, in Europe or the United States. 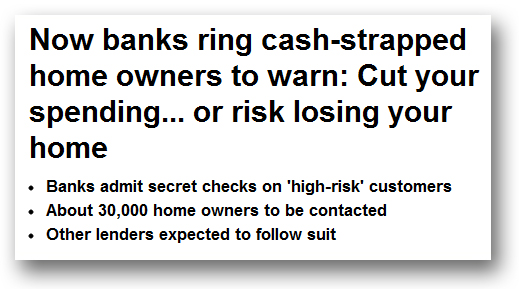 Everywhere you look, real economies are contracting, consumer confidence is at an all-time low and, after the depredations of additional taxation, inflation and rising energy costs, people simply do not have the disposable income that will help kick-start activity.

Soon enough, as the party conference season starts, the so-called "silly-season" will be over and the media will have to doff its cap to the reality. It won't be pretty, as the screws tighten with every passing day, that makes even getting an ice-cream an unrealisable treat.