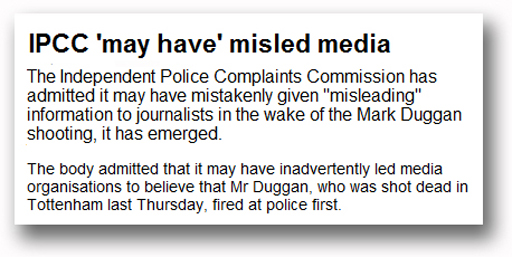 In theory, a least, there must be a limit to the incompetence of public institutions. This theory, however, has been tested to destruction. So far, no limit has been found. The latest, here, may have been particularly damaging, as it may have been instrumental in sparking off last week's riots ... estimated cost £200 million and rising.

The chief executive and High Thief of the police complaints commission is Jane Furniss, currently on a salary of £134,999. Her private office costs us £751,677 in salaries. But, if one were to assume that any part of Jane's ill-gotten gains might be diverted to pay for some of the damage, one would be mistaken. As we now all know, being in public service means never having to pay for your mistakes.

The particular irony here, though, is that the purpose of the IPCC is to "hold the police to account". Already in the streets of Tottenham, we can hear the murmuring: "Quis custodiet ipsos custodes?" And who indeed?