The price of wind 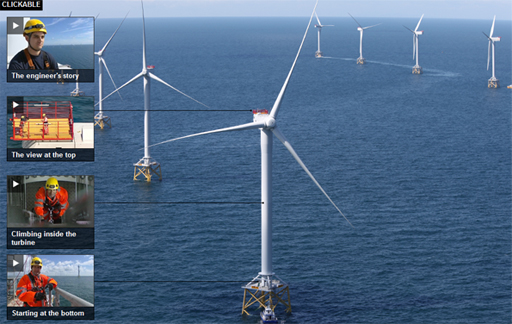 David Shukman, the BBC's environmental correspondent is getting excited about the completion of the Ormonde subsidy farm - thirty 5MW bird choppers planted off the coast near Barrow-in-Furness, rated at 150MW installed capacity.

What is remarkable about this project is the massive cost. Built at an estimated £500m, that is equivalent to roughly £3.3 billion per GW of installed capacity. Furthermore, while the developers - the Swedish power company Vattenfall – are claiming an optimistic load factor of 38 percent, with the annual production of 500 GWh, that still works out at less than half the average load factor of a nuclear installation, giving a net equivalent cost of £7.4 billion per GW.

If one were to deliver the entire renewables quota of 20 percent by this means – roughly 20GW delivered – the cost by 2020 would be in the order of £150 billion, not counting the infrastructure cost and the provision of spooling back-up – bringing the overall total close to £180 billion.

By comparison, the capital cost of nuclear plant to deliver the same net capacity would equate to about £60 billion (at its most pessimistic), something like a third of the total cost of offshore wind provision, or one sixth if relative life spans are taking into account – sixty years as against the 30 for a wind turbine.

Wind, of course, does not have an ongoing fuel cost, but a working surmise is that the massively expensive maintenance and component renewal over life will be roughly equivalent to the running cost of a nuclear plant, which explains the continued need for a massive subsidy for wind-generated electricity.

With the ROC currently standing at £39.99 per KWh – and a double ROC paid for offshore generation – the annual subsidy for this development will be in the order of £40 million, if they meet their 38 percent load factor. That means that this Swedish company will be extracting from the pockets of British electricity consumers.

One gets so used to large sums of money that a "mere" £40 million a year seems chicken-feed. To put it in perspective, the cost of running a medium-sized hospital trust is about £300 million a year and in the current environment of "cuts", one of the largest trusts, Oxfordshire, is having to slash its staff budget by £100 million over four years. During that time, this one wind farm will soak up £160 million in subsidies - £1.2 billion over its full life of 30 years.

Strangely enough, while the BBC is keen enough to supply data on building costs, it provides no details on the subsides extracted and certainly makes no comparisons with health funding.

It would take little imagination, though, to anticipate the outrage if people realised that their hard-pressed health trusts were having to shed staff and turn away patients, while offshore subsidy farms, Europe-wide are soaking up the equivalent of £800 million a year, and as much again to come, with the plants under construction.

This obscenity has to stop – but then so many things should stop. Our masters are no more responsive to this than they are to anything else, but it should be made very clear to the general population that, as long as NHS funding is being cut back and wind subsidies increased, the price of wind is death.