Hitler would have been so proud 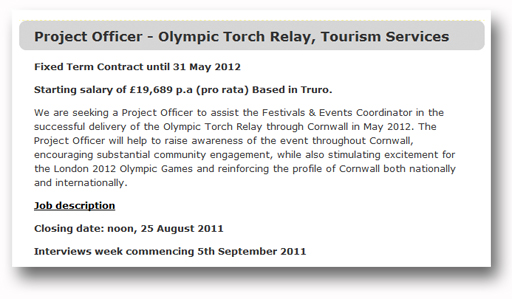 Cash-strapped, bus pass cutting Cornwall council, we are told, is offering a 20k job for a bureaucrat to help carry off the Olympic Torch festivities in 2012. The position is being advertised on the website of the "Cornwall Development Company" – one of the many names the public authority gives itself.

The blurb for the fixed term contract offers a "starting salary" of £19,689 pa and says the post runs from as soon as possible until 31 May 2012. The torch will be held aloft through Cornwall for one day – May 19th next year.

On top of the cost of employing the new member of staff, the council paid Northcliffe newspapers at least £420 for just four online ads for the post. The council advertisement explains: "We are seeking a Project Officer to assist the Festivals & Events Coordinator in the successful delivery of the Olympic Torch Relay. The Project Officer will help to raise awareness of the event throughout Cornwall, encouraging substantial community engagement". 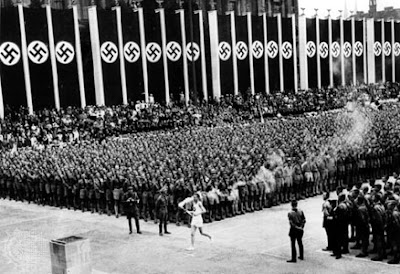 However, one wonders whether the council realises that, while the Olympic games go back into antiquity - as does the Olympic Flame - the torch relay is a fairly modern innovation, stemming from 1936, to be precise.

Those with some knowledge of history will, of course, be aware that this was the year of the Nazi Olympics, when Carl Diem devised the idea of the torch relay, which was then organised by the Nazis under the guidance of Joseph Goebbels. 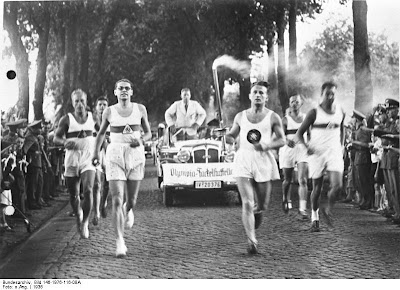 At the time, Hitler saw the link with the ancient Games as the perfect way to illustrate his belief that classical Greece was an Aryan forerunner of the modern German Reich, and used the games as an advertisement for the master race.

How appropriate is, therefore, that the modern-day master race should continue the grand tradition first embraced by the Nazis, funded from the taxes of people who have no choice but to pay, on pain of imprisonment. Hitler would have been so proud.